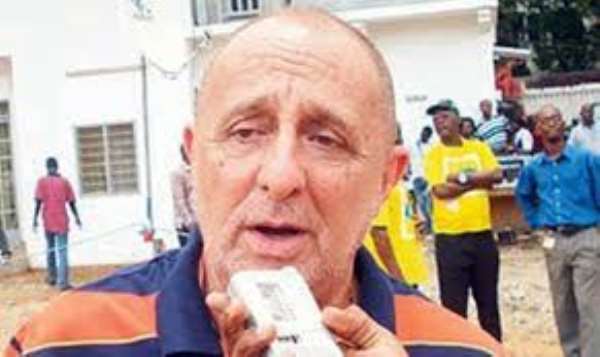 Former Chairman of Ghanaian giants Hearts of Oak Harry Zakkour has made yet another intriguing remarks about the club claiming it is totally down.

The Phobians are going through turbulent times and the current administration led by majority shareholder Togbe Afede XIV has been blamed by majority of the supporters.

Hearts have not won a major trophy since 2009 and could have suffered demotion from top flight last season as they were caught up in relegation dogfight for most part of the second round.

And Harry Zakkour who presided over the club's most glorious period between the late 90's and early 2000 is sad the club have struggled to stay relevant.

"Accra Hearts of Oak is totally down. It's not like how things were when I was in charge with Ernest Thompson and Alhaji Hearts."

Harry has been one of the strongest critiques of the current board and has called on them severally to transform their leadership style.

Hearts are making desperate efforts to end their trophy drought this season. A new coach has been brought in but thus far it seems Hearts will endure another frustrating campaign as they have lost all pre-season games played.