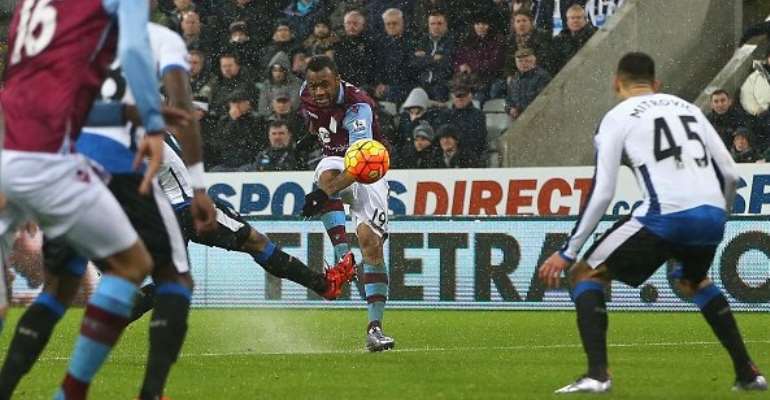 Jordan Ayew's wonder strike for Aston Villa in their 1-1 draw at Newcastle on Saturday has been adjudged Goal of the Week by Sky Sports.

The Ghana striker's spectacular strike is still trending on social media four days after the game at St. James' Park.

The Ghana striker received more votes than other competitors; Chung-Yong Lee and Harry Kane who received 36% and 26% respectively.

He is considered the only bright light in the Villa side that is already struggling to avoid relegation.