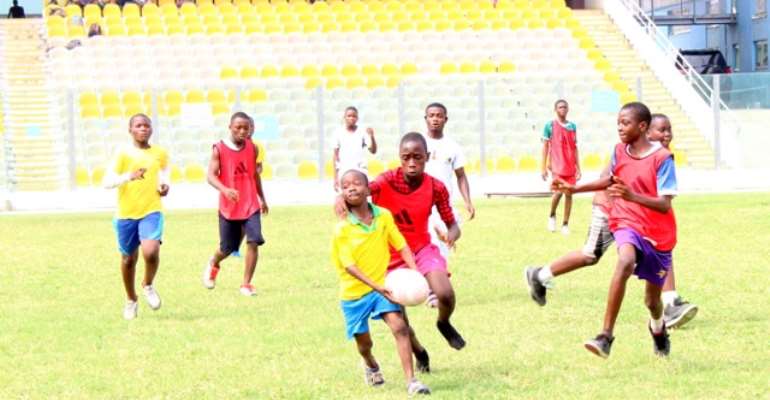 The 2015/2016 Ghana Rugby Club Championship league came to a break with an outstanding match between Conquerors RFC and Dansoman Hurricanes Rugby Club on Saturday 19th December, 2015 at the Accra Sports Stadium.

The two who happens to be among the strongest clubs in this league season of the GRCC gave each other a hard time with quality Rugby play beyond expectations.

Conquerors who happens to be a new club that join the GRCC this season defeated Hurricanes the club that has been in the league for the past seasons in a margin of 27- 3.

According to Abdul Rahman Salisu, captain of Conquerors SC, the Hurricanes' side gave them a tougher game than what they expected but the team was able to win due to the tactical play that got the opponent frustrated.

He cited today's match as the most difficult one in the history of the club adding that beating Hurricanes has boosted enthusiasm of the players to take on any team in the League.

He said the club is not going to rest but will continue with training during the break period to improve their style of play in upcoming matches when the second leg of the league starts.

“Today's game was very tough compared to our previous matches that we played but I'm happy at the end we won the game. We are not going to rest during this break because we know we have more work to do when we come for the second round”, he uttered.

The club is yet to play the defending champions, Cosmos Buffaloes, which happens to be the most awaited game by many Rugby fans in the season.

Other matches that were played on the day have seen the Cape Coast based club Griffons RFC having their first win by beating Accra Sharks RFC 52-0 whiles the match between Cosmos Buffaloes RFC and UCC Spartans RFC ended 72-0 in favor of the defending champions.

The semi finals will be played between the teams ending first and fourth on the log with the second match between teams who ended second and third.

The second leg of the GRCC league will resume in January 2016.