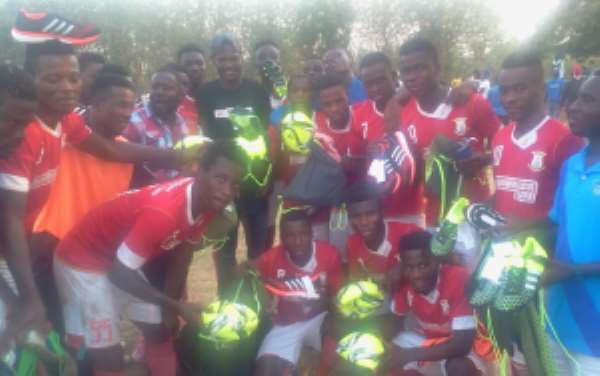 Black Stars and FC Copenhagen defender Daniel Amartey has donated a set of football boots and balls to his juvenile club and newly-promoted Ghana Division One side Vision FC.

Amartey, 20, presented the items to his juvenile club on Saturday afternoon at the Legon Ajax Park after their goalless draw friendly encounter with yet-to-be-confirmed Premier League side Dreams FC.

According to Amartey, the donation is to relief the club of its financial burdens which includes buying of training materials as they prepare for the 2015/16 Division One League.

Vision FC won the Greater Accra Division Two League last season and will be playing in Zone Three of Division One next season.