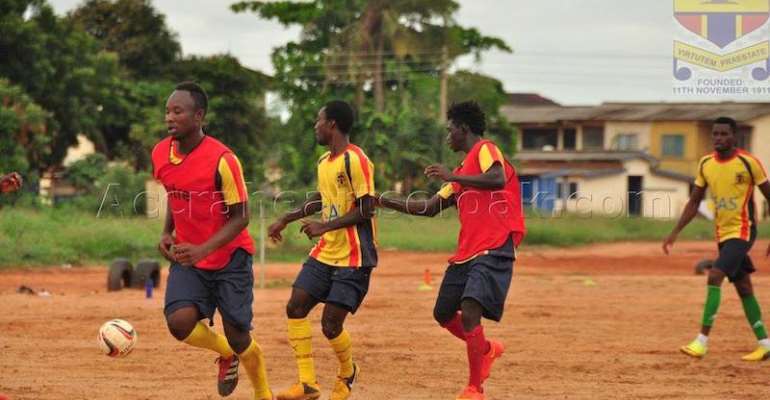 Hearts likely to return to Police Depot park to train

Hearts of Oak insist they do not owe managers of the Legon Park after reports emerged that the team was refused the use of the facility on Tuesday.

Players of the Phobians who were left behind in the trip to Libya for an international club friendly against Al Ahli were reported to have been turned away by managers of the park over an outstanding debt yet to be cleared by management.

Hearts only begun using the Legon Park as their training facility last week after ditching the atrocious surface at the Police Depot in Tesano.

But the Accra-based giants have been forced to look for a new training ground after it emerged that they've exhausted the payment of the one-week lease of the facility.

'We were looking for park with grass so we were combing around and we went to Legon,' Hearts' Administrative Manager Hackman Aidoo explained.

'They told us that the people in charge were not around so the one we met agreed with us to use the park for just one week which we paid for.

'So, the agreement we had was just for one week which has just elapsed.'

Hearts are more likely to return to the dangerous training ground of the Police Depot which put their players at high risk of sustaining various degrees of injuries.