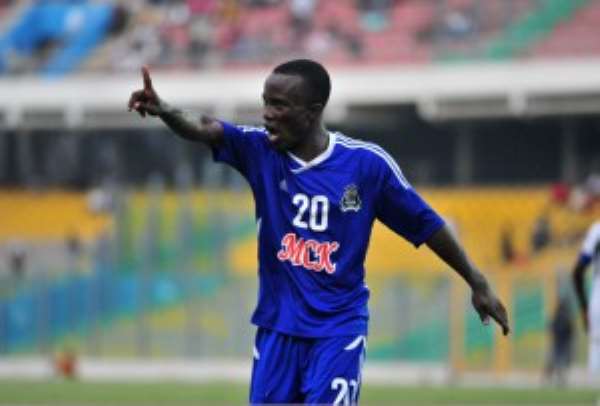 Ghana and TP Mazembe winger Solomon Asante is still struggling with the thigh problem he picked up while playing for Ghana in the 2018 world cup qualifier against Comoros.

The diminutive winger has been unable to take to the pitch  since coming off in the first half of the game against Comoros last month.

Asante played a key role to aid TP Mazembe win their fifth CAF Champions League trophy this year but has been an unused substitute for coach Patrice Carteron side in their two games in the ongoing FIFA Club World Cup championship.

The Congolese side lost their first game in the competition to Asian champions Sanfrecce Hiroshima 3-0 before losing the second game 2-1 to CF America.

Asante has been linked with a move away from the club and it would be interesting to see how his situation develops when he returns to full fitness.

Soldiers will die more in any order to shoot to kill galamse...
13 minutes ago

We see politicians flaunting cars, houses in less than four ...
34 minutes ago