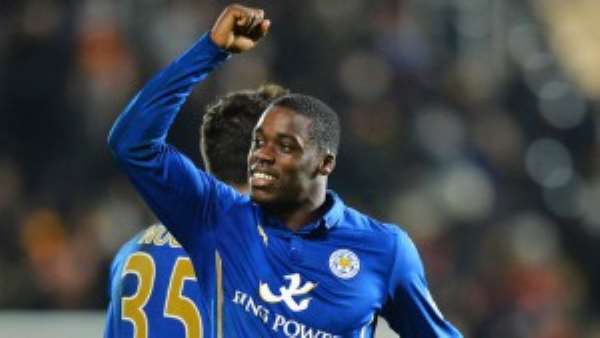 
Ghana defender Jeffrey Sclupp has been ruled out of action for two months with a hamstring problem.

Schlupp, 22, picked up the problem in training on Saturday and has since been on crutches.

Manager Claudio Ranieri has written him off his plans for a minimum of six weeks, according to widespread reports in England.

The news will be a hammer blow for the Foxes who have impressed heavily since the start of the Premier League.

The Ghana international has been an influential mainstay for Leicester this term but the latest setback could be viewed as a slice of misfortune.

It's been a remarkable run for the Foxes this season as they currently tip atop of the table.