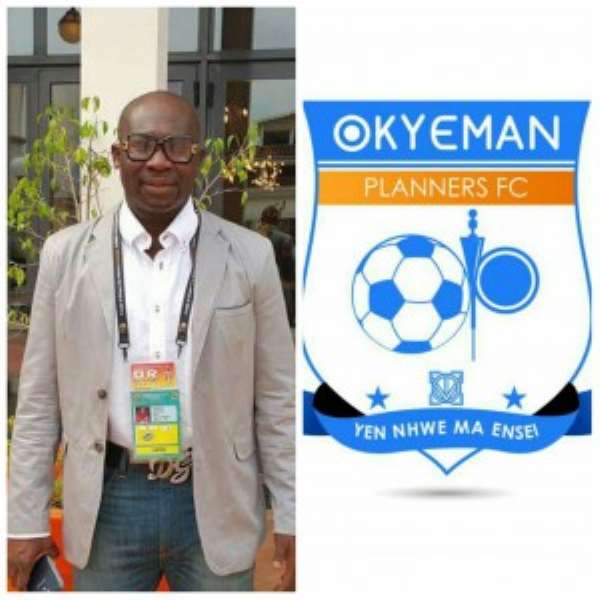 Vice President of the Ghana Football Association and President of Okyeman Planners FC George Afriyie says he is satisfied with the pre-season performance of the newly promoted division one outfit.

The Akyem Tafo-based club sealed a qualification into the second -tier league in the country and their pre-season towards the season has been encouraging.

The Division One side managed a 2-1 victory over Premier League side Berekum Chelsea last Sunday and the President of the club believes the team is promising.

However, their impressive run was halted by division one side Elmina Sharks as they got thrashed 3-0 and the bankroller of the division one new babies has stated that he is satisfied with his side's pre-season performance.

'What you need to understand is that Planners is a new team, they just qualified from Division Two to Division One. Elmina Sharks have been in the Division One for almost three years so the level is not the same,' Goerge said after the game.

'Again, it is not about the score line that matters during such games. The coach wants to see other players. That is the driving force of pre-season matches.'

'I am however impressed with the preparations so far and I believe when the season starts we shall do well in the GN Bank Division One League.