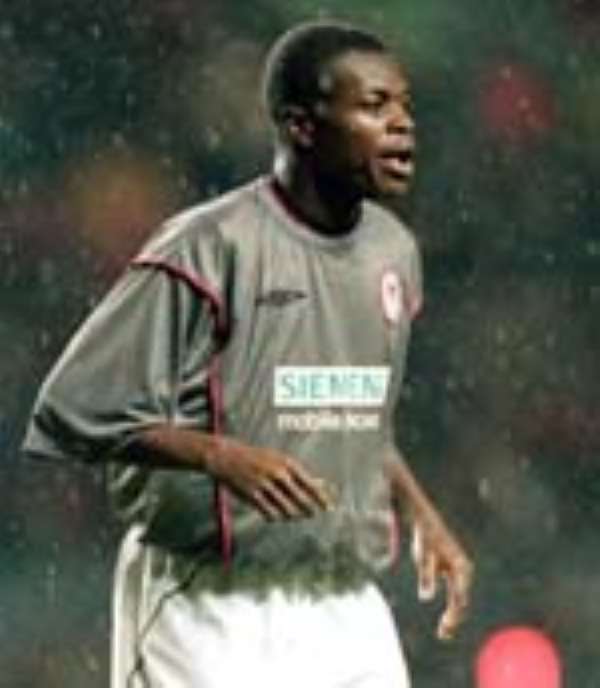 The 24-year-old is available on a Bosman free after a spell in America, having made his name with Greek giants Olympiakos.

The hit-man was released by the Athens-based outfit in May 2003 after a five-year spell with the club.

Ofori-quaye had unsuccessful trials last year with Turkish club Besiktas and French side Nice, but he is hopeful of landing a contract with an English team.

Hammers boss Alan Pardew could be set to snap up the striker on a free transfer, should he be impressed with the player's abilities in training - though it remains to be seen if Ofori-quaye is rewarded with an Upton Park contract.