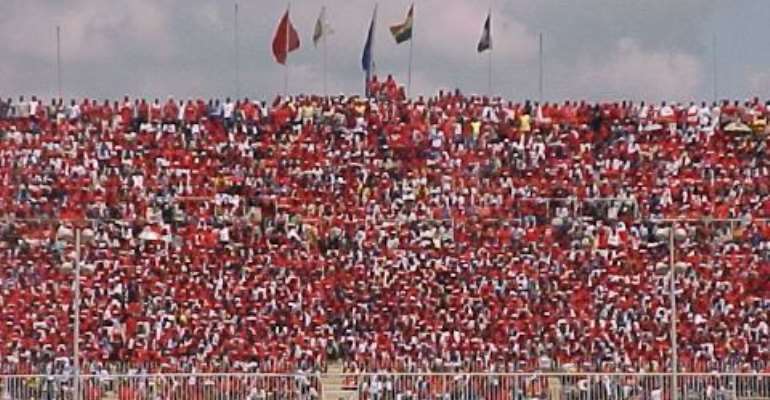 At least seven lorry loads of Ashanti Kotoko Football fans from Ghana, are expected in Enugu to cheer their team in their Confederations Cup match with Rangers International of Enugu, scheduled for this Saturday at the Nnamdi Azikiwe Stadium, Enugu.

Also,Enugu Rangers quest to win this year's confederation cup has suffered a massive setback following the disappearance of top striker Junior Osagie days to the team's crucial group A match against Asante kotoko of Ghana.

According to Davidson Owumi-the club boss,the player left the club's camp without any permission and said the player would be graetly missed as Rangers tackle kotoko this weekend as his dashing runs upfront have often caused discomfort for opposing defences.Reliable sources proved that he has gone to Russia to sign a contract with Spartak Moscow in the Russian league.

Kotoko's reliable defender lssa Ahmed is also out of their squad of suspension.

Meanwhile.Rangers youth international,Apam Onyekakhi,rejoined the team monday afternoon after helping the national under-20 team book a place in the African youth championship slated for Benin Republic next January.