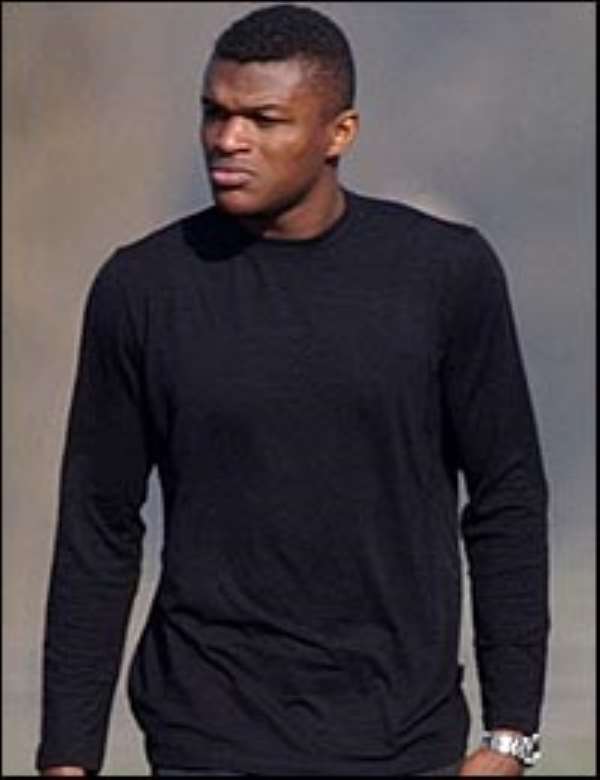 Former France captain Marcel Desailly has decided not to coach Ghana and has instead decided to continue his playing career in Qatar. Desailly, who was born in Ghana, was on the shortlist to be the next coach of the Black Stars but has now signed to play for Al Ittihad in Qatar. However he did not rule out the possibility of coaching Ghana in the future. "I must thank the Ghanaian sports minister who offered me the position of coach, but maybe that is just a postponement," Desailly said. Desailly was linked with moves to Barcelona and turned down offers from Celtic, Crystal Palace and Portsmouth but instead signed an eight-month deal in Qatar. "I've made my decision after mature reflection," he insisted. "I'm very happy to undertake this new experience which will last until June 10 2005. "I'd do well to thank the officials from the many clubs who have had me in their thoughts in the past few weeks - Crystal Palace, Portsmouth, Glasgow Celtic and I forget the others." At Al Ittihad Desailly will be linking up with Senegal's former coach Bruno Metsu, who led the Teranga Lions to the 2002 World Cup quarter-finals.

Latest Photo Reports
Catch up with all the political quotes from our politicians.
Advertise here
More Football News
ModernGhana Links
African players in Europe: Salah's historic Old Trafford hat-trick
Mohammed Polo speaks on how Milovan Rajevac can qualify Black Stars for 2022 WC
Callum Hudson Odoi aiming to keep his place in Chelsea XI after impressing against Norwich
Ronaldo reacts after Manchester United mauling against Liverpool
I do believe in myself, Solskjaer says after Liverpool humiliation
Growing influence of Ghana’s ‘diasporan’ stars
Caf Confederations Cup: Hearts of Oak to know opponent on Tuesday
'Samuel Boadu will answer some questions' - Hearts of Oak board member speaks after 6-1 demolishing against WAC
CAF CL: 'We are sorry' - Hearts of Oak apologize to fans after 6-1 humiliation defeat to Wydad AC
TOP STORIES

SRC election: National security intrusion is an attack on ac...
19 minutes ago

Police to meet religious leaders on legal implications of th...
19 minutes ago