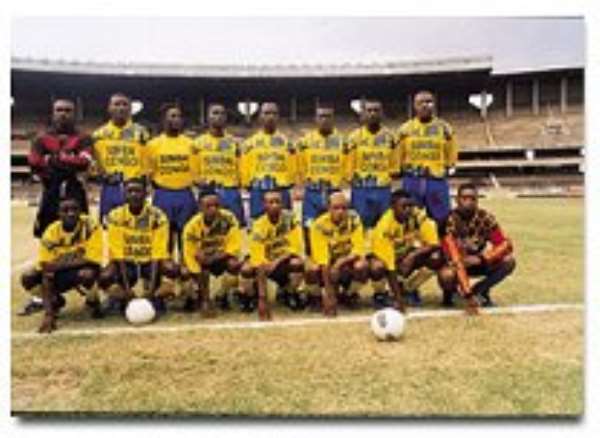 Ghana and DR Congo have had a chequered history of football encounters dating back almost four decades when the Black Stars began to stamp their superiority over the Simbas. And when the two sides clash on Sunday at the Kumasi stadium, it will be the 16th clash — and the third in World Cup qualifying series — between the two countries.

The Stars have won nine out of 15 previous encounters (friendly and competitive matches), lost four and drawn twice.Ghana's dominance of the Central Africans started with a 4-1 victory over then Congo-Léopoldville in an international friendly in Accra on January 1, 1965 — a fitting New Year present for Ghanaians.

At the 1965 Nations Cup in Tunisia, the Stars went on a rampage with a 5-2 demolition of Congo-Léopoldville in a group B encounter in Sousse, with goals by Osei Kofi, Ben Acheampong (twice) and Jones Attuuayefio (twice).

In the final of the 1968 Nations Cup in Ethiopia, the Central African nation, then known as Congo-Kinshasa, got a measure of revenge with a 1-0 victory, thus dethroning Ghana as African champions. Only days earlier, Osei Kofi and Wilberforce Mfum had given Ghana a 2-1 victory in a group game in Asmara.

In August1973 the two countries twice clashed in World Cup qualifiers, with the Zaireans thumping Ghana 4-2 on aggregate. Ghana won the first leg 1-0 and lost 1-4 away in Kinshasa.At the 1998 Nations Cup in Burkina Faso, with Coach Sam Arday as assistant to Dutchman Rinus Israel, DR Congo dealt Ghana a big blow on February 16, 1998, with a 1-0 victory at the group stage and thus eliminated the Stars 1-0 from the tournament.