“Duncan must shut up” – Abbey Pobee 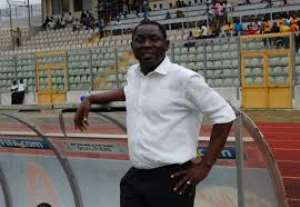 Former Neoplan Stars administrator Jonathan Abbey Pobee has blasted Asante Kotoko head coach David Duncan insisting he should shut up for saying he placed second instead of the sixth place finish at the end of the First Capital Plus Premier League.

David Duncan is on record to have said that he meritoriously placed second at the end of the league and not the sixth position as the league table displays but the outspoken sports administrator believes he should shut up for placing sixth with the Porcupine Warriors.

“Duncan must shut up. He talks too much. That is the what Kotoko demanded from him. Placing sixth with the team is something which is known by everyone. So what is he talking about? What second place is he talking about about? He should give us a break”, Abbey Pobee said.

“Kotoko hired him because they wanted him to take the team to the title. If they had wanted to place sixth, I don’t think they would have hired him. So he should simply shut up and concentrate on next season”, Pobee added.

Barring the Appeals Committee’s ruling, Kumasi Asante Kotoko finished sixth on the league shutting their continental club aspirations and also lost out to Medeama SC in the FA Cup finals, a competition which could have seen them in the CAF Confederations Cup competition is they had won.