All Africa Games: Black Queens to face Ivory Coast in semis after lots are drawn 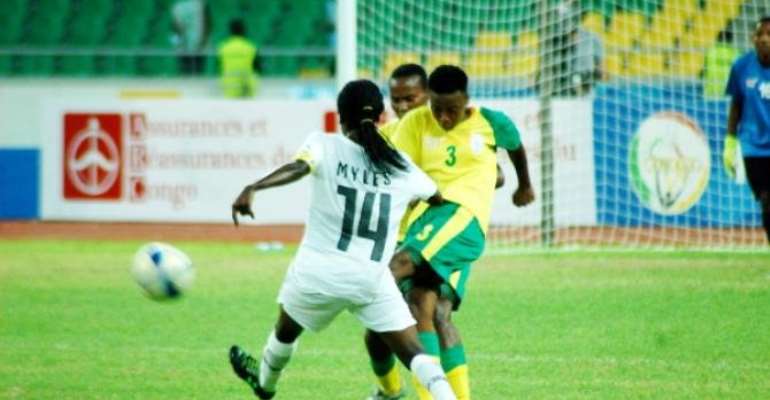 The Black Queens are through to the semi-finals of the All Africa Games after lots were drawn on Monday morning.

The Games Organizing Committee had to draw lots after the Queens finished second in Group B with South Africa.

A 1-1 draw between Ghana and Cameroon on Sunday kept all three teams; Cameroon, Ghana and South Africa on two points each.

But per Article 12 (D) of the regulations of the competition, Cameroon has the edge, having scored more goals – two against one each by Ghana and South Africa.

Article 12 (D) states “In case of equality of points after all the group matches have been played, the classification of the teams shall be established according to the following criteria:

a) Greater number of points obtained in the matches between the concerned teams.

b) Goal difference resulting from the matches between the concerned teams.

c) Greater number of goals scored away from home in matches between the concerned teams (for the preliminary tournament only).

d) Superior goal difference from all the matches played in the group.

e) Greater number of goals scored in all the matches played in the group”.

Still tied, Article 39 thus becomes the final resort which states “cases unforeseen in these rules are to be decided upon by CAF competent bodies in accordance with the regulations of the African Cup of Nations”.

Group B winners Cameroon will face Nigeria at the semis whilst either Ghana now faces Cote d’Ivoire.