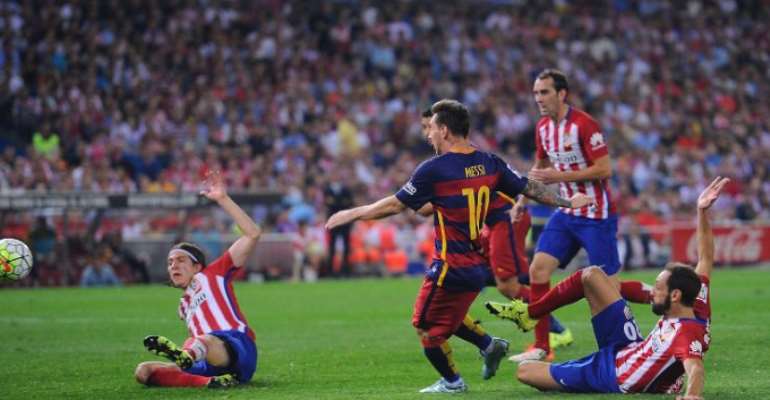 Lionel Messi came off the substitutes' bench for Barcelona to secure a 2-1 win over Atletico Madrid in La Liga.

Messi, who celebrated the birth of his second son on Friday, did not start the game but replaced Ivan Rakitic on the hour mark and proved the difference.

Fernando Torres was presented with a chance to open the scoring for Atletico Madrid early in the first half but the former Chelsea striker sliced his left-footed shot wide.

Luis Suarez then went close for the visitors as his shot from close range hit the crossbar but the first half at the Vicente Calderon remained goalless.

Torres did break the deadlock six minutes into the second half as he raced on to Tiago's through ball before guiding the ball home in off the foot of the post.

But Barcelona hit back swiftly when Neymar curled in a fantastic free kick that left goalkeeper Jan Oblak with no chance.

And the comeback was complete as Messi latched on to Suarez's wonderful lay-off before dinking into the net.

The victory for Luis Enrique's Barcelona maintained their 100 percent start to the campaign.