KOFI ASARE: What this AshGold title means to me, a former Kotoko fan 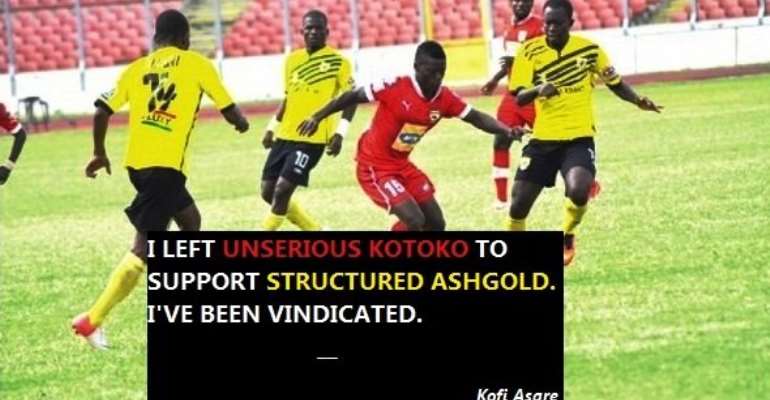 Growing up, Kotoko was all I knew.
I cared less about what other teams did or even their mere existence.

This was largely because of my dad. He kept to the biblical way of ‘training a child the way he should go, so when he grows up he would not depart from it’. I attended Kotoko games at the old Baba Yara, owned a number of Kotoko replica jerseys including the famed Jako jersey which is still somewhere in my ‘life box’.

I however grew up and departed from the only way I knew, largely because of the way the team was run post-Herbert Mensah and Sylvester Asare Owusu eras. As a passionate football lover who had been brought up to believe in football glory, another love had to be found but I just could not bring myself to support Hearts of Oak, who were my best shot at getting trophies.

I disliked the club and everything about it so I was torn between Ashgold and King Faisal.

Then history played its card. The then-three time winners of the league and credible performers in Africa in the early '90s appeared the obvious choice.

So I joined the army of the miners and took my place in that football ‘mass’ that continuously prayed for a return to the days of glory.

The structures at the club gave me no doubt in my mind but the success kept drifting away. Aduana messed up my maiden season of being a supporter, pipping us to the title painfully in 2010.

I still soldiered on.
After all, I had endured such times at Kotoko until the 2007/2008 season. A quick U-turn would make me a laughing stock at home. 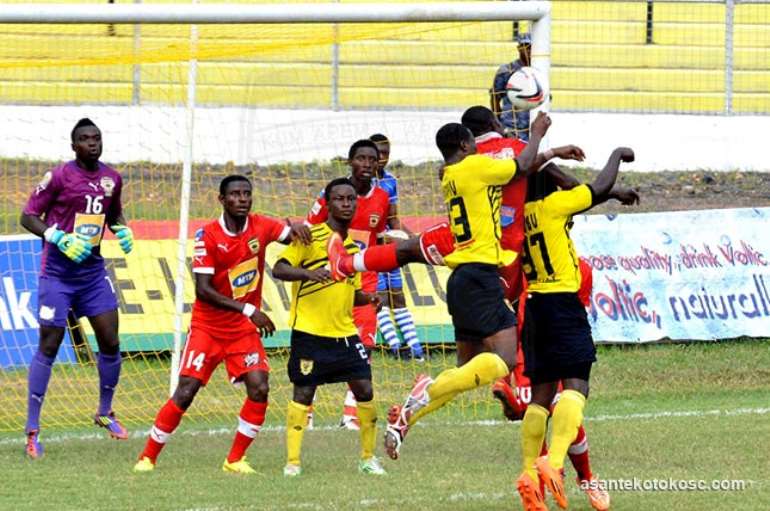 Fast forward to 2015 where my patient wait was rewarded. It was a brilliant start but then many, including myself, did not have the belief. The dream became faint, when, what had seemed at the start like an unassailable lead at the top was cut from seven points to one.

I felt it was going to be 2010 all over again. But then the fort was defended splendidly with Bashir Hayford as general. A 1-0 win over WAFA was the final statement and the signature to the deed.

It was done!
Relief was what I felt but then it much more than this. For the many people who had taunted me for ditching Kotoko because of poor management, I had been proven right.

Sound structures with the right people in charge yield results.

Six days after that victory which I’m still basking in, my ex-love is suffering from what I put down to poor management and direction - the same reason for which I left.

Apart from the fact that the victory vindicates me, the joy on the faces of the many people I saw at the Len Clay is something which will forever remain in my memory.

If anyone should ask me what next, my answer would be that I can now dream on and believe in the title winning ambitions of my club.

[PHOTO]http://img.modernghana.com/images/content/
Kofi Asare is a broadcast journalist with the Multimedia Group (Luv FM) and will be part of the team's Survival Sunday coverage, which begins at 2:45pm. Follow the intrigue as Gary Al-Smith anchors from Accra, with correspondents from across the 8 centres bringing us exciting live updates on the league's final day. Get live Twitter and Facebook updates @Joy997FM. Our hashtag is #JoySports.