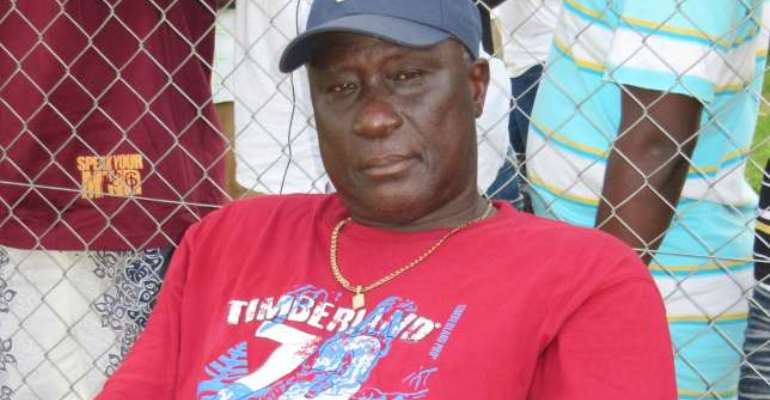 The head coach of Ashgold after several years of coming under severe criticisms from a section of the media for being a poor second round performer, has finally proved his doubters wrong by putting up good show in the second half of the league to help the Miners win the Ghana Premier league for the 2014-15 league season.

Ashgold Gold secured 29 points in the first half of the ongoing First Capital Plus Premier League, leading the park with 7 points adrift WAFA, who finished 2, following the end of the First Round.

Bashiru Hayford in an interview lashed out at Sports journalist for their destructive criticisms of his performance stating that someone even went to the extent of informing his employers to sack him because he is noted for poor second round performance, hence can't help the Miners to win the league.

'There is no statistical proof to indicate that my performance is bad in the second round. I am challenging Sports Journalist to provide that.

'Someone went extreme to tell Cudjoe Fianoo, the CEO of Ashgld that he should sack me because I can't win the league, stating that my performance in the second round is always nothing to write home about and he (Fianoo) told the journalist that if I were his father would he have said that.

'I will start beating journalist, who sit on radio and insult me for no justification. I won't do it in the stadium, but outside and if we are arrested by the Police so be it,' he told Metro FM.

Despite, the splendid display by the Miners in the first half of the season, taking 7 points lead, Bashiru Hayford's charges had their lead cut down to 1 point in the course of the second round by Aduana Stars.

This intensified the criticisms of Bashiru Hayford as poor second half performer, but Ashgold upped their play and widened the points-gap to 4, before crowning it yesterday to win the long awaited league title.

Bashiru Hayford has aided his side to earn 23 points in the second round and could make it 25 if they manage to beat Accra Gt. Olympics on the last day of the league, although it falls short of the 29 points Ashgold secured in the first round, everybody will attest to the fact that the second round of every league season is always difficult to play.

The Miners, will be remembered for being on top of the league table from match day 1, until winning the league on Sunday after beating WAFA by a goal to nil.

The former Power FC and Medeama coach won his first league title in the 2007/08 league season with Kumasi Asante Kotoko, but after struggling to make it happen during his days at Kessben/Medeama, including a season he even took the lead before he surrendered it, he has been tagged poor second round performer.

However, after masterminding Ashgold's first league victory in 19 years, Bashiru Hayford has restored his lost glory as a championship winning coach.