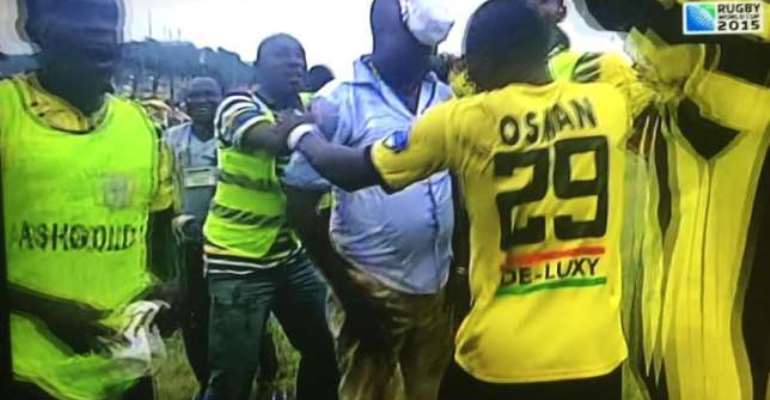 Ashantigold are Ghana champions again, it is official.

It's all celebrations in the mining city of Obuasi after the Bashiru Hayford's side defeated WAFA 1-0 at the Len Clay Stadium on Sunday afternoon to confirm their first league title since 1996.

With a mere one match to go for all 16 Ghanaian top flight sides, Ashgold have guaranteed they will be crowned champions after notching three points that consolidated the 4-point advantage they ahd at the top of the standings ahead of the Match Day 29 fixtures this afternoon.

Ashantigold now have 52 points and cannot be caught by second placed Aduana Stars who were at home to New Edubiase today.

Ashgold were the first club to win the Ghana league when it went professional in 1993/94 and defended it twice in 1995 and 1996 but have not come close to a 4th title until now.

Now Coach Bashiru Hayford who previously won the league with Asante Kotoko, dethrones the Kumasi side with Ashantigold and his personal second league title. Follow @thedonplato