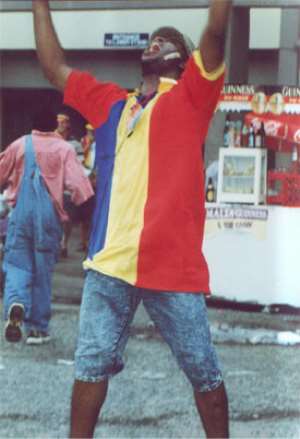 Accra Hearts of Oak Acting Public Relations Officer Kwame Opare-Addo has confirmed that Accra Hearts of Oak intends to drag Kumasi Asante Kotoko to the Ethics Committee of the Ghana Football Association, and if they are not satisfied with their ruling, will seek redress in the law court.

Speaking after Hearts were declared winners by the Ghana Football Association's Disciplinary Committee over the protest they filed against Asante Kotoko's Obed Owusu ineligibility for the match-day 25 encounter of the First  Capital Plus Premier League game last month, Opare-Addo revealed the club has two issues to deal with before  the season comes to its conclusion.

"From here, Hearts of Oak, we have two issues to deal with. Even though we have won [the protest against  Asante Kotoko], yes, our focus still remains on the league and the remaining six points that we have to pick  against Berekum Chelsea and then against WAFA because we believe that with that focus, we will be able to  gather the maximum six points to move out of that relegation zone as we have always fought for," the Acting Public Relations Officer told the club's website in addressing the first issue.

On the second issue, he said: "Edmund Ackah and Asante Kotoko General Manager, Opoku Nti, made several allegations against Accra Hearts of Oak, but from here Hearts of Oak will officially write to the Ethics Committee to drag them [Kotoko] there for them to answer questions that they saw Hearts of Oak and the Disciplinary Committee Chairman [Prosper Addo], who was not even involved in this particular ruling.

He continued: "He wasn't part of the panel so it surprises us that they should label allegations against Hearts of Oak and the Disciplinary Committee Chairman.

'If we are satisfied [with the outcome of the Ethics Committee] yes, we will take it; but if we are not satisfied, we promise Kumasi Asante Kotoko that we will drag this issue to the law court."