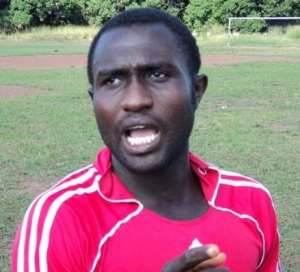 Joy Sports can confirm that Hearts of Oak have won a case they lodged against rivals Asante Kotoko for fielding an unqualified player in their Premier League derby clash on August 2.

Obed Owusu was reported to the GFA's Discilinary Committee as being ineligible to play the game due to an accumulation of cards, a claim which has been upheld.

Hearts contended that this disqualified Owusu from featuring them because he had not served the automatic one-match suspension.

The match day 25 encounter ended with a 2-1 win for Kotoko at the Accra Sports Stadium. Hearts filed the protest on August 10. Kotoko had reacted to the claims by Hearts as a desperate attempt by the Phobians for points.

But with Hearts winning the case, it means the Phobians are richer by three points and three goals as per the FA’s regulations.

And with Kotoko declared losers, they have not only lost the match but also been ducked three additional points as per the FA regulations.

For Hearts, who were 15th before this case was heard, every single point will count if they are to escape the drop.

What this ruling means is that Hearts suddenly have 39points while Kotoko drop down the table to 39 points.

There are two more matchdays to go in the league and the dynamics have now become very different indeed.

This is what the table looked like BEFORE the case was heard.

Article 34(2) mandatorily requires that no matter the scores at the end of the match in question, the team which fielded an unqualified player shall be considered as having lost the match and three points and three goals shall be awarded in favour of the innocent team, unless the innocent team is leading by more than three goals at the time of the offence in which case the scores will stand. Three points and three goals are further required by Article 34(5)(a) to be deducted from the total accumulated points of the defaulting club. A fine of GH¢5,000 is also to be imposed if default was in respect of the Premier League.

The Committee has no option but to apply the various punishments specified by the GFA Regulations. Accordingly, Hearts of Oak is awarded three points and three goals in respect of its 25th Week Premier League Match played against Kumasi Asante Kotoko. Three points and Three goals are also deducted from the total accumulated points of Kotoko in the Premier League. A fine of GH¢5,000 is to be paid by Kumasi Asante Kotoko, half of which is to go to Hearts of Oak.

The Committee hereby entreats all league clubs t pay particular attention to the laws of the game especially in an area as important as the consequences following from a caution handed a player and how same is to be purged. We would also urge clubs participating in the Premier League to exhibit candour and sincerity in their interpretation of the Regulations of the GFA. The Committee is baffled by the conscious effort by Kotoko to ensure that Obed Owusu supposedly served his suspension in a match which, on a cursory reading of the relevant provisions, did not constitute an official match.”