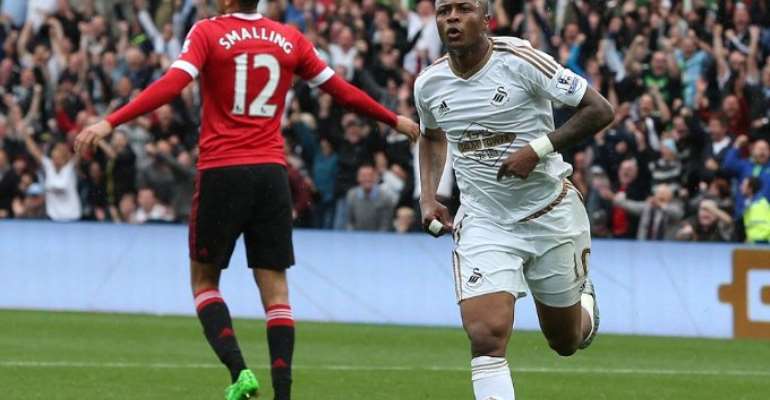 He scored against Chelsea, now he's done it against Manchester United.

Swansea stunned Manchester United 2-1 on Sunday, with Ghana's Andre Ayew and Bafetimbi Gomis leading a fight-back to see off the English giants.

Juan Mata had given United a second-half lead, but Swansea exploited United's poor defense and ball control in midfield to strike back immediately and secure all three points. The result lifted the Welsh side up to fourth place in the table, and kept United five points off the lead set by their cross-town rivals Manchester City.

It was an entertaining match that capped a frenetic weekend in England ahead of the international break, but the result will deepen the worries that surround United. Wayne Rooney, so impressive midweek in Belgium, was again absent on the day, and United's control of the ball in the middle of the field continued to be sub-par.

The Swans, under manager Garry Monk, have been a tricky side for Louis van Gaal's men: they'd won three of their last four games over the Red Devils across all play and last year beat them both home and away in the league. They have now beat them in three games straight.

But for us, it's about the Ghana international and how he seems to be able to do no wrong since moving from Marseille.

It's three goals in four games for Swansea now for the son of Abedi Pele. And he gave Gomis the assist too.

Andre is on fire. He's scored in both of his Premier League appearances at the Liberty Stadium. Crucially, he and Bafetimbi Gomis have scored all seven of Swansea's Premier League goals between them this term. 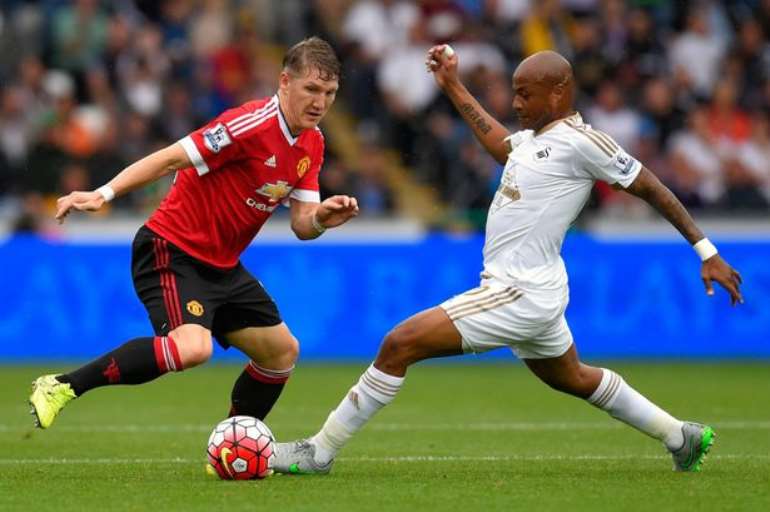 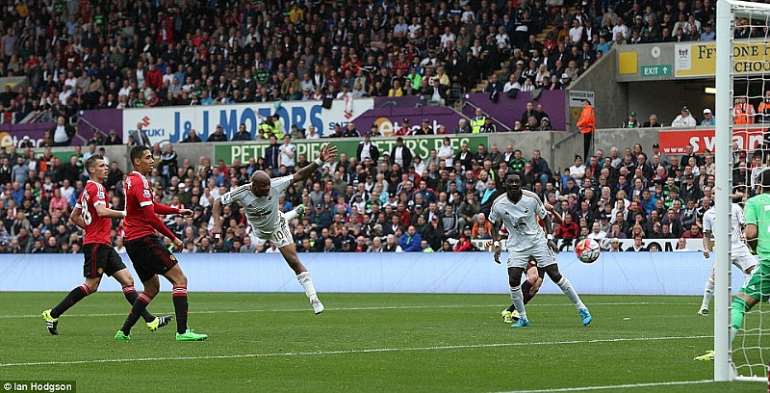 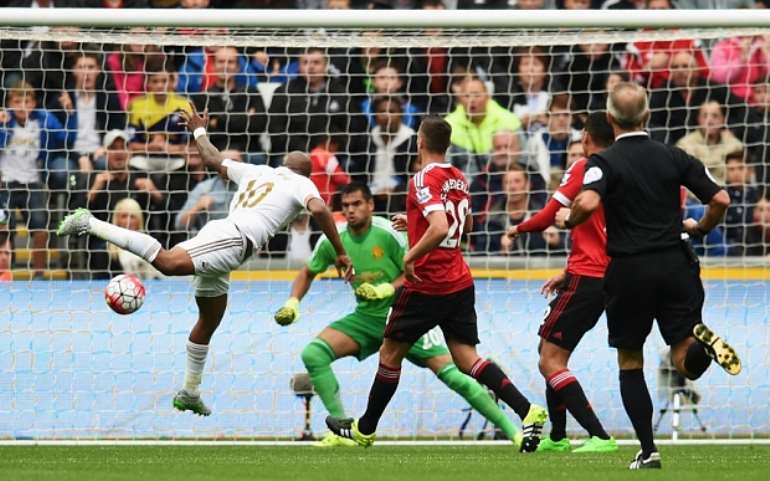 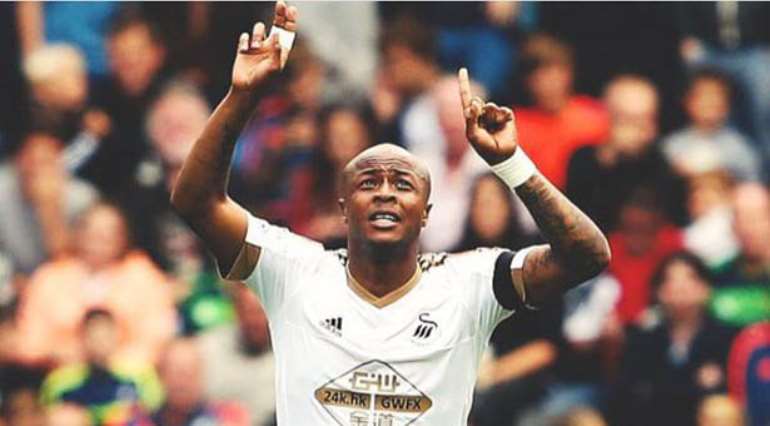 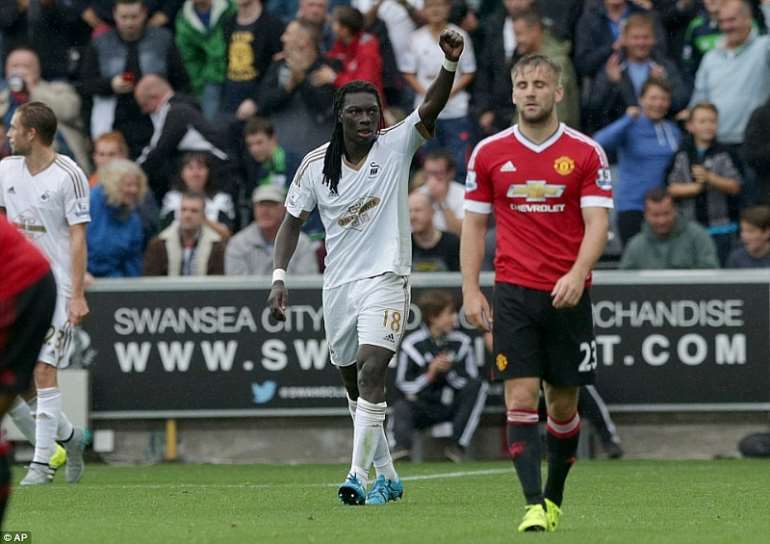