EDITORIAL: Yo Avram Grant! Can you be serious, mate? 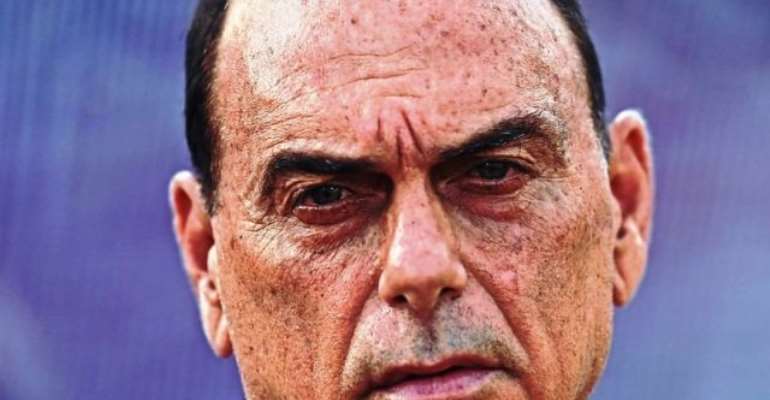 Avram Grant has been off the radar for a while, a subject which has gathered momentum in the last few weeks. But in the past week, about four key divergent views have been heard on the matter. Gary Al-Smith and Sani Mohammed chronicle the events in the story.

Anyone who follows local football news is familiar with the authoritative voice of former national team striker Augustine Arhinful.

[ After reading this piece, click here to read Arhinful's explosive view on sacking Afriyie Acquah and Jordan Ayew from the national team for now ]

Arhinful, never shy of throwing verbal grenades, is urging the GFA to punish the Black Stars coach if it emerges that he overstayed his holidays without convincing reasons.

"I believe so. Not necessarily sanction him, but there should always be ways to let him understand why he was employed. If we will depend solely on the foreign based players then obviously someone can also be here in Ghana and watch them," Arhinful says.

Grant, whose remit is to monitor happenings in the country's leagues and help build a solid structure for coaching in future, has been out of the country for months.

Media investigations revealed that despite his absence, the Israeli's expensive lodging bills at the Alisa Hotel in Ghana's capital have still been paid for by the FA.

"I am always certain that when you watch the players on television you can appreciate their performances better than being at the stadium," Arhinful notes.

"I say so because you have the benefit of replay, pause, and record for future use. It is also less expensive compared to travelling across Europe to monitor players.”

Agent disagrees
The agent of the Black Stars coach disagrees with Arhinful, and the growing pool of people towing the former striker's line. 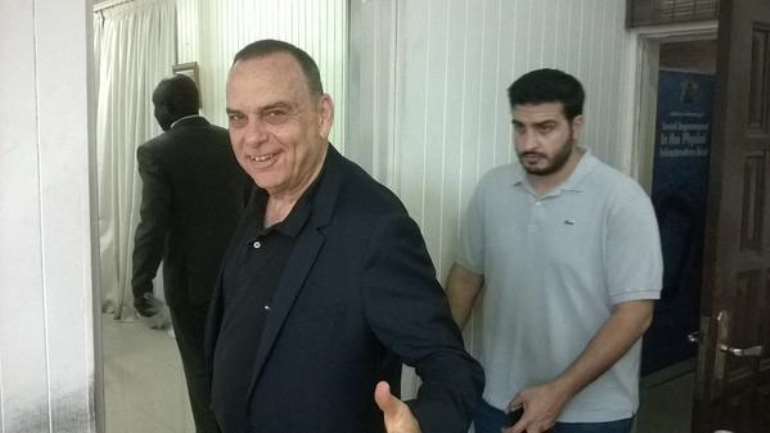 Speaking to the BBC, Saif Rubie said Grant is committed to the Ghana job but inisisted global travel is key to scouting quality players.

Indeed, Rubie (above, pictured with Grant) goes on to blame Avram’s lengthy absence from Ghana on the country’s substandard players in the local league.

“It is just unfortunate that at the moment the quality of the league in Ghana is not up there due to a number of reasons. Any player that does well in Ghana goes to play for second and third division teams in Europe and even in places like Thailand and Vietnam and obviously for Avram these are not the kind of players that he would look to pick for the national team,” Rubie said.

According to Rubie “the pool of players playing in the Ghanaian league is not at the standard and level that it should be...I mean you look at the players that he has called up to the national team recently and you cannot really argue with the one player that has been selected and hasn’t come and done the job and performed at the highest level.”

This is a slap in the face of the Ghana FA, who have continued to trumpet the goodness of the lcoal top flight, despite the increasing spate of player-flight to foreign leagues.

GFA unhappy
Grant has overstayed his holidays for close to three months and many sources at the FA had hinted the governing body's unhappiness over the development.

This stance seemed to be confimed by Executive Committee member, Wilfred Osei.

"I don’t understand why the coach is not in the country to monitor our local matches. Modern football has developed to some extent that you don’t need to physically present to monitor players abroad.

“It is in the country that the work is even harder because then you will unearth players.The coach must be advised to stay in the country and monitor the local players.”

So, when does Avram return?
Joy Sports understands he touched down in Accra on Sunday, August 23. 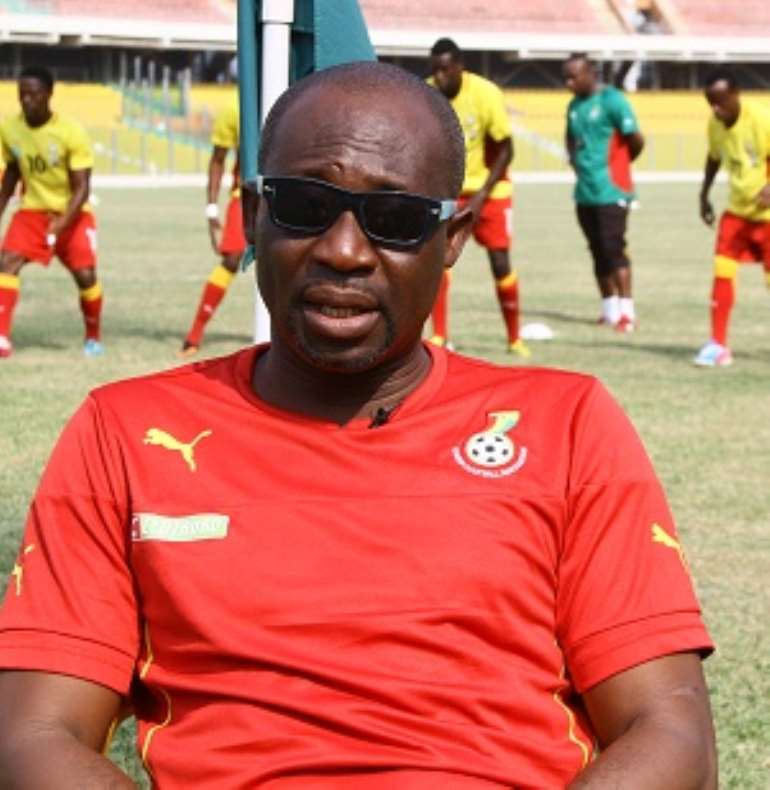 But not before chairman of the Black Stars Management Committee, George Afriyie, also expressed concern.

"He has some explanations to give the management committee of the Ghana Football Association. The FA is going to organize a press conference and then make sure that the concerns being raised now is also channeled to him directly.”

Afriyie (above, pictured) also denied the media rumours that perhaps his outfit owed the 60-year old.

“I was fortunate to be part of the interview panel that interviewed Avram grant and let me state it on record that even when it got to the point that we needed to discuss his remuneration, the coach excused us and told us categorically that the decision to coach Ghana has nothing to do with money.

"He is a coach who has received huge sums of money when he coached Portsmouth, West Ham and Chelsea. Even in Equatorial Guinea [during the Afcon] when Unibank came to promise the team [extra bonuses to win matches], Avram said he didn’t want to be part of these money issues.

"So you can accuse the coach of anything, but about money? No.”

Does the FA have the balls?
Former Ghana coach Kwesi Appiah lived in his own apartment for the duration of his two-year stint and saved the FA a lot of money in rent fees.

But the bottom line is he could not get Ghana into the final of any major competition. Avram, having had less than a month to be with the team, was a penalty kick away from garnering Ghana a fifth Afcon title.

And it's for this reason that his agent has the balls to say "Avram's job is to deliver results, and obviously, he's got Ghana into a good position in the Afcon qualifiers while getting them into the Afcon final. He's a results oriented man and I think that should be the focus".

Fair play to him. 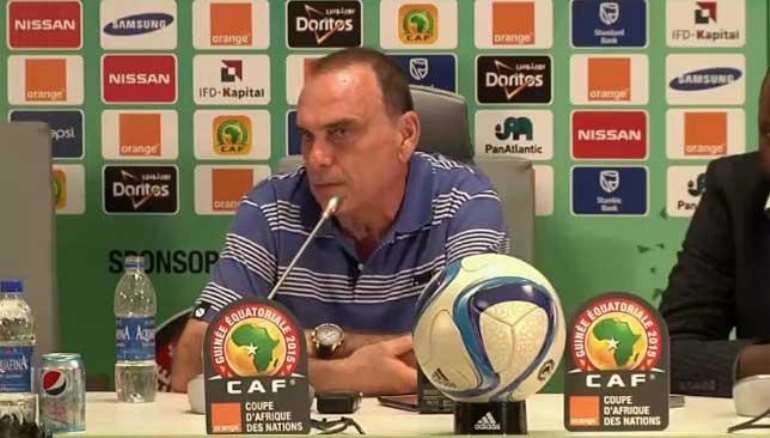 But Rubie and Grant must know that the scope of the GFA's deal with them is not only to get into major competitions. Indeed, that's the carrot end of the argument.

The stick is to leave a legacy by the time Avram's tenure is done in 2017.

At the moment, with close to a year since his appointment, he has not organised any coaching courses, built any capacity nor has he imparted any of the knowledge he was hired to disseminate.

In short, he's short-changed the Ghanaian taxpayer as per his conditions of service.

And Ghanaians can't have that.
Will the FA punish him - as Arhinful wants - if he doesn't give any cogent reasons? Of course not. They won't even dare.

Going forward: Avram, be serious
Avram may have become complacent since the breathless run to the Afcon final.

And for a football-mad nation like this one, memories are very short. Especially memories that don't involve trophy wins but near misses. Ghanaian fans have had plenty historic near misses.

An Afcon final is nice, but it's not great. 2010, when Ghana lost to Egypt, is but only recent.

Popular football pundit Isaac Opeele Boateng sensationally called the Israeli 'lazy, incompetent and useless'. We won't go that far, but we'd say that Avram should be up and doing.

And also, maybe this is just a simple matter of communicaton. He, and his bosses, should sort that out ASAP.