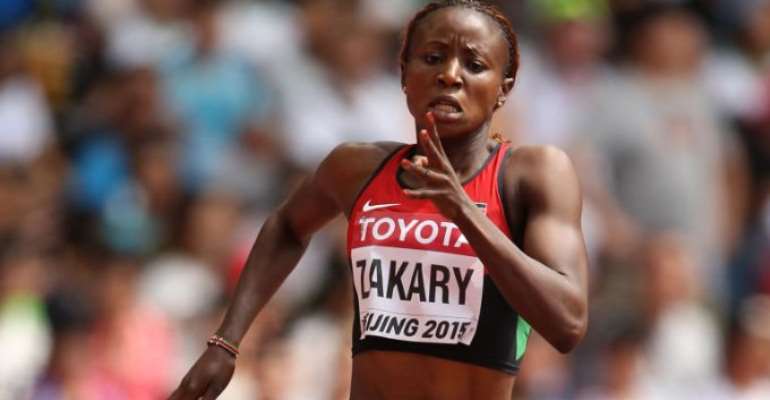 Two Kenyan runners have been suspended after testing positive for doping at the World Championships in Beijing, the International Association of Athletics Federations has announced.

Joyce Zakary, 29, and Koki Manunga, 21, have accepted provisional bans after "targeted tests" by the governing body.

Zakary set a national record of 50.71 seconds in the 400m heats on Monday.

However, Zakary did not start in her scheduled semi-final on Tuesday.

Manunga finished sixth in her heat of the 400m hurdles after recording a time of 58.96.

"Athletics Kenya (AK) has already met with the IAAF and the athletes involved, and has begun investigating the situation which led to these results," said the national governing body. "Follow-up action will be taken in Kenya."

BBC athletics commentator Steve Cram said the suspensions of Manunga and Zakary are a "double-edged sword" for the sport.

"It is disappointing that people are still trying to cheat but it is great that we're catching them," said the 54-year-old former world, Commonwealth and European 1500m champion.

"It is not good for the Kenyan team because leading into these championships there were a lot of allegations in the situation around blood doping - and a lot of fingers pointed at Kenya."

The IAAF said that, according to rules, it is only able to make a public disclosure once the provisional suspension is in place, adding: "The IAAF will not discuss the details of the cases as they progress through the results management process."