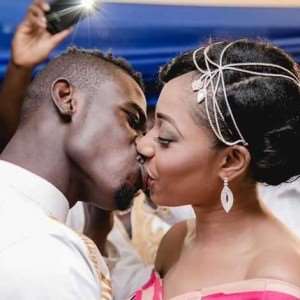 Ex-Ghana international Augustine Arhinful wants Afriyie Acquah and Jordan Ayew dropped for the country's 2017 Africa Cup of Nations qualifier against Rwanda after Acquah's wife made a damning revelation about the frosty relationship between the pair.

In a scandalous and damaging revelation which broke on Tuesday, Amanda is heard on tape launching a shocking attack on her husband, describing him as a 'monkey 'and a 'villager' while eulogizing the big 'dick' of her husband's international teammate Jordan Ayew.