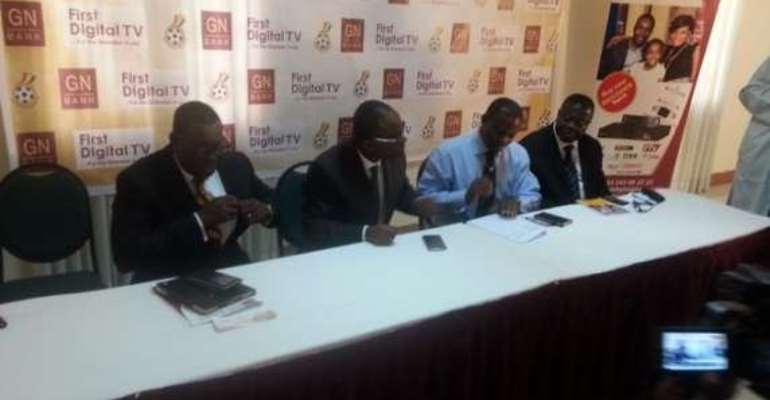 Head of the National Division One League Board, Owoahene Acheampong is pleading with sponsors of the league, GN Bank not to withdraw their sponsorship deal.

This comes after a hint by Dr Papa Kwesi Nduom, owner of Elmina Sharks and President of GN Bank that the sponsorship could be withdrawn.

The politician was a victim of booing and pelting of missiles from fans of Ebusua Dwarfs during their Zone 2 fixture on Sunday at the Nduom Complex in Elmina.

The renowned politician took to social media to condemn the act and hinted of pulling out his sponsorship deal with the Ghana FA.

Read the backstory to Dr.Ndoum's rant.
But Owoahene Acheampong, who was at the venue when the said incident occurred, is pleading with Dr Nduom and the GN Bank to continue their massive support of the second tier league.

“It is just unfortunate it has come to that but I will urge Dr Papa Kwasi Nduom not to pull out because since GN Bank came to the rescue of the Division One league there has been some marked improvement,” he told Joy Sports

“I think together we can see through this improvement that we all desire because to pull out at this stage will send that division into chaos so I will employ him to reconsider his decision even though even though we have not received official notifi1cation from him.

“This is intent and I believe we should be able to ask him not to and we will try to put in place a mechanism which will not see these incidents happening.”

Two teams, Ebusua Dwarfs and Dreams FC have so far qualified to the elite division from Zone 3 and 2 respectively.