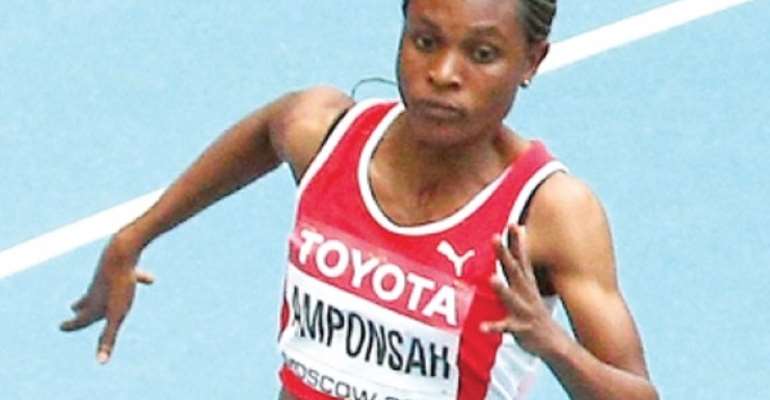 Janet Amponsah
Like officials of the Ghana Football Association (GFA) arriving at a competition venue without the Black Stars, so was the situation with the Ghana Athletics Association (GAA) at the World Athletics Meet.

Ghana's representatives at this year's IAAF World Athletics Championship underway in Beijing, China, Alex Amankwah and Janet Amponsah could not make it to the event due to visa problems; but officials of the GAA are heavily represented.

The GAA explained that the Chinese Embassy in Washington DC turned down applications of the duo, both new national record holders.

It stated further that the two athletes were refused the visas despite receiving official invitation letters from the Local Organizing Committee (LOC) on August 5.

GAA press attachÃ© Erasmus Kwaw indicated that 'approximately two weeks later, their passports were returned by the Chinese Embassy in Washington DC indicating their visa applications had been denied.'

He added: 'Because the Ghana Athletics Association president, Professor Francis Dodoo was already in China for the IAAF Quadrennial Congress, he managed to get the LOC, working with Chinese immigration and IAAF, to issue a visa-upon-arrival letter.

'However, United Airlines declined to let them board their flight to China using the visa-on-arrival document.'

The duo were potential medal hopefuls for Ghana in the ongoing athletics meet that is expected to end on August 30.