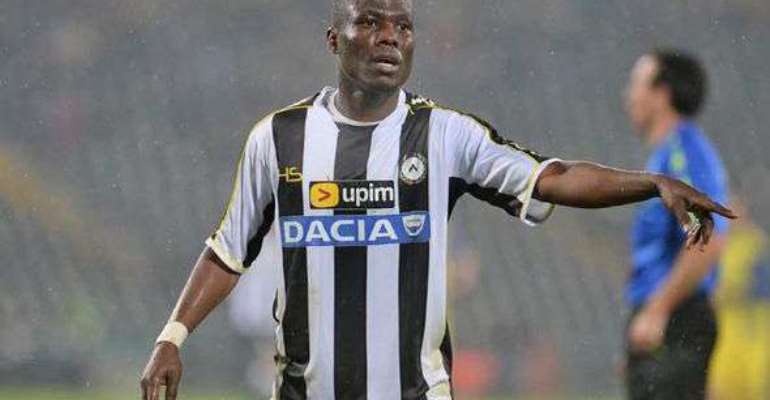 Udinese midfielder Emmanuel Agyemang Badu was forced to leave Sunday evening's 1-0 Serie A win over Juventus with an ankle injury.

The 24-year-old twisted his ankle after going in for a challenge with Juventus midfielder Paul Pogba.

The Ghanaian international then asked for a change and was replaced by Kone in 54th minute.

Badu then went to the dressing room to be evaluated with more information on the injury and the expected time of recover coming in manager Stefano Colantuono's post-match press conference or after further tests are performed on Monday morning.

The defensive midfielder is likely to miss out on Ghana's squad which is expected to be announced by coach Avram Grant on Wednesday for the AFCON 2017 Group H qualifier against Rwanda slated for September 5 in Kigali.