Conflicting reports on the exit of Kotoko coach's 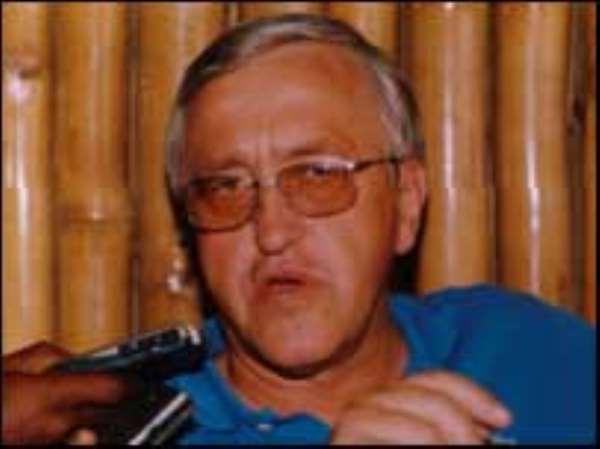 There seems to be conflicting reports about the alleged exit of Coach Hans Dieter Schimdt from the camps of the league champions, Kumasi Asante Kotoko.

Coach Schimdt is reported to have left post on Tuesday, citing Kotoko's inability to settle its three-month indebtedness to him.

But Mr Jerry Asare, Accra Representative of the Club in an interview with the GNA Sports refuted the claim that the coach had left the team and rather claimed that the coach was in Accra to undergo medical treatment.

When GNA contacted Coach Schimdt as to why he was in Accra and not in Kumasi where Kotoko are scheduled to play Real Tamale United (RTU) in an outstanding midweek match, the coach said he was in the capital to meet with his Board Chairman.

The coach said that the meeting with Mr P. .V Obeng, the Board Chairman, was very crucial, as they would use the occasion to trash out important contractual issues, details of which he is not prepared to discuss until after the said meeting.

Officials of Kotoko irrespective of the Coach's absence from camp are maintaining that he has not quit.

Mr Asare said he does not know what the media want to achieve by coming out with such stories at this time to destabilise the team.

"The man is in Accra alright, but basically on health grounds. I don't know where the information is coming from and I tell you that we are not happy with it as it is a total fabrication", said a seemingly angry Asare.

The coach according to Mr Asare would be flown to Kumasi immediately after the treatment to enable him to be on the bench for their match against RTU this afternoon.

Coach Schimdt is gradually accruing the penchant for deserting his posts midstream and it would be recalled that he also abandoned Alhaji Grunsah's King Faisal in the same manner citing similar reasons that Faisal were not able to fulfil their contractual obligations to him. Though Coach Schimdt was not prepared to discuss his problems with Kotoko, he maintained, "It is my duty to decide where I work and if people who are to pay me fail to fulfil their end of the bargain I have the right to protest".

The coach joined Kotoko after the departure of fellow German, Hans Kodric.

His first stint in Ghana was with King Faisal when he guided to win their first major trophy when they annexed the Coco Cola Top 4 competition.