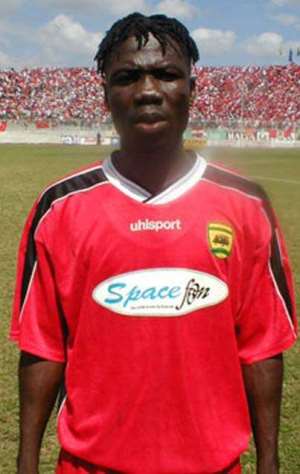 Former captain of Asante Kotoko and Medeama SC, Joseph Hendricks has been named as the ambassador for the 2015 MTN FA Cup Final on August 30 at it first ever outside Accra venue; Sekondi stadium.

The FA Cup Committee in collaboration with the Local Organizing Committee for the final decided on Hendricks as a son and football icon from the Sekondi-Takoradi metropolis and also the match pitches two of his former clubs,Kotoko and Medeama in the clash for glory.

Joe Hendricks as ambassador,will lead the trophy tour events at host city Sekondi, home towns of Kotoko and Medeama, Kumasi and Tarkwa respectively prior to the match day. He will also be one of the guests to grace the big match day.

Hendricks had illustrious six year career with Kotoko from 1999 to 2005,winning the premier league once in 2003. He later joined Medeama in a two season stints between 2011 to 2013.