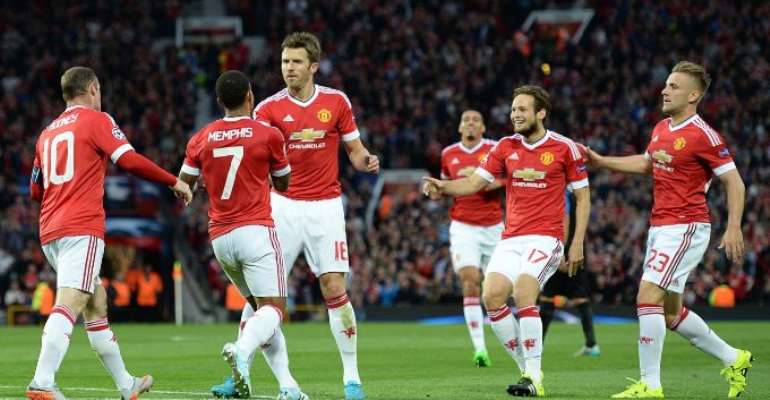 Louis van Gaal's side, playing their first match in Europe for over year after failing to make the Champions League under David Moyes in 2014, will now be favourites for the second leg after Belgium international Fellaini gave his side a two-goal cushion to take to Bruges next Wednesday with a far-post header at the very moment German referee Deniz Aytekin was lifting his whistle to his lips to blow for full time.

But the headlines will all be about Memphis, the £25m summer signing from PSV Eindhoven, who scored two excellent goals in the first half and seemed to finally gel with main striker Wayne Rooney after a pre-season tour of the United States where the pair struggled to adapt to each other's game.

The Belgian Cup holders, who played the final 11 minutes at Old Trafford with ten men after Brandon Mechele was shown a second yellow card, are by no means out of this tie thanks to an eighth minute away goal.

Michael Carrick could only deflect a Victor Vazquez free-kick into his own goal, but United goalkeeper Sergio Romero must share some of the blame for his poor positioning as the set-piece came into the penalty area.