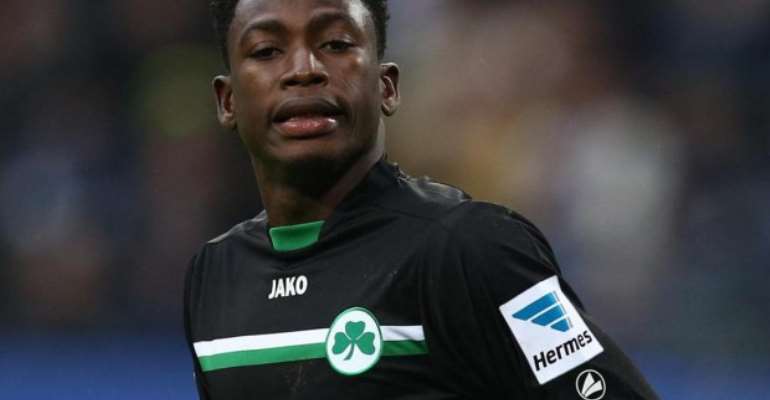 Ghana defender Abdul Baba Rahman has been handed jersey number 17 at Chelsea after completing a five-year move worth £17 million from German side Augsburg on Sunday.

Baba became Chelsea's third signing of the summer after passing medicals in Paris on Friday and inking a long-term deal to join Radamel Falcao and goalkeeper Asmir Begovic.

The former Asante Kotoko defender has spoken of his delight to switch to the Stamford Bridge where his countryman Michael Essien earned international fame with his commanding midfield displays.

'I am very happy to sign for Chelsea, one of the biggest clubs in the world, and I can't wait to train with my new team-mates. I am very much looking forward to working with them and Mr Mourinho. I am also looking forward to having the opportunity to meet the fans as soon as possible,' he told Chelsea FC.