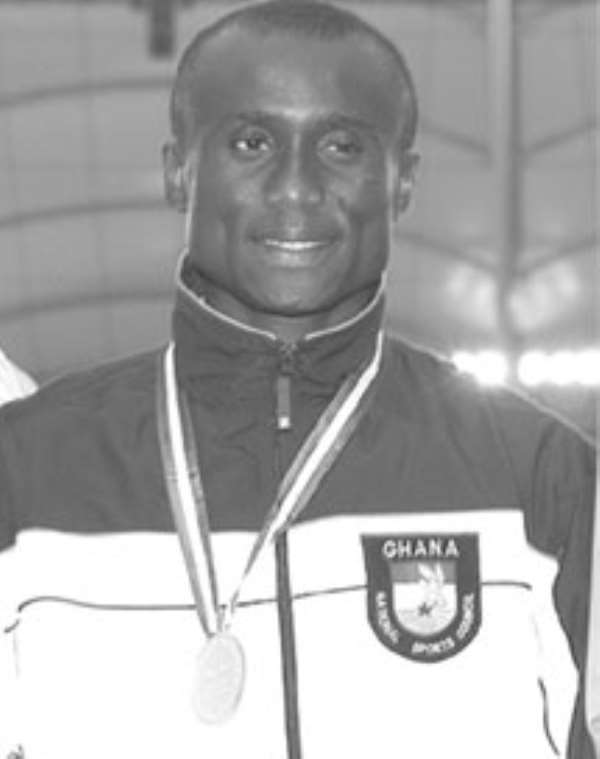 Ghana's top male athlete, Ignatius Gaisah, last Sunday rediscovered his form and strength to shatter his national long jump record enroute to winning the top prize in the 2nd IAAF World Athletics Final in Monaco. In setting his personal best and national record of 8.32 metres, Gaisah put behind him his Olympic Games nightmare as he put Olympic champion Dwight Philips in the shadow. The IAAF World Athletics Final is reserved for track and field's creme de la creme — the seven top-ranked athletes in each discipline — and thus brought together most of the medallists from the Athens Olympics. Last month in the grand setting of the Olympic Stadium in Athens, Gaisah froze in the long jump final and ended in a disappointing sixth position. However, last Sunday the Ghanaian justified his stature as IAAF's second-ranked jumper and imposed himself on American's Philips and John Moffit, both of whom eclipsed him in Athens. Philips placed second with a jump of 8.26m while Olympic silver medalist, Moffit, finished third with a leap of 8.05 metres.For Gaisah, the Stade Louis II represents a fertile ground for record-breaking feats. Last year after narrowly missing out on a medal at the World Championship, Gaisah stormed the inaugural World Athletics Final and leapt a personal best of 8.28 metres to place third.
A few weeks later he shattered the All Africa Games and national record with a jump of 8.30 metres in Abuja. Prior to the Athens Olympics, the 2003 SWAG Sports Star of the Year equalled his best mark of 8.30 metres at the Bad Langensalza Grand Prix on July 3.
Although he may have missed out on the biggest stage, Gaisah saved his best for the IAAF's season, ending outdoor competition as the overall second-best long jumper of 2004.