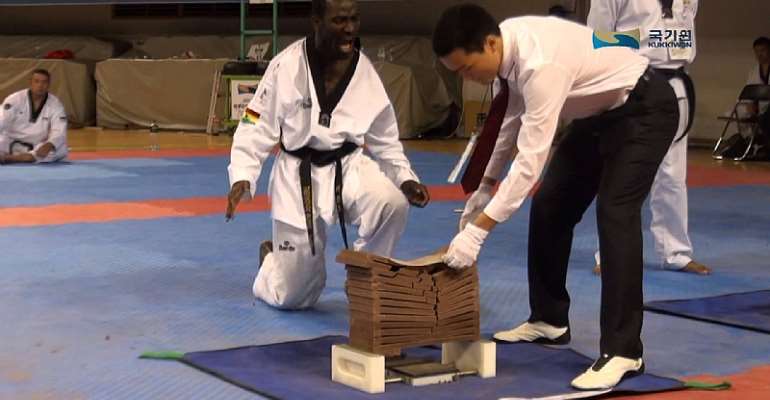 The desire of Ghana Taekwondo Federation President, Frederick Otu to develop the sport at all levels and all parts of the country took a giant step after twenty senior coaches drawn from all over were schooled and drilled in the new technics and tactics of the game.

The ten day Level One Technical Course which took place at the WAM Taekwondo Academy at Tema from June 14 to June 24, 2015 was under the instruction of Jin Yung Kim with the support of grand master, Sung Tai Kim of the WAM Academy.

Youth &Sport Minister, Dr. Ahmed Mustapha who graced the closing ceremony presented certificates to the participants and congratulated them for their commitment and dedication to Taekwondo and eagerness to see to the development of the sport in Ghana

He commended the discipline of the coaches and prayed that Taekwondo is preached in all parts of Ghana for schools and homes to embrace to learn about self defence and loyalty as well as nationalism.

He charged the coaches to go out as missionaries and preach the sport for security agencies to also benefit from the sport.

Dr. Ahmed called on corporate organizations to sponsor the construction of multi-purpose gyms and courts to develop and promote the less funded indoor sports like Taekwondo in the regions and districts.

Frederick Otu, President of the GTF said this is the beginning of greater things to happen to Taekwondo in Ghana and as the next All African Games approach, his target is to get the right trainers and training for Team Ghana to go out and win many medals.

“We have come to revive Taekwondo and I charge the coaches to go out and train more people who can sacrifice in the regions. Sports offers hope for the youth and so many opportunities as it can enrich and serve as a means of livelihood” he said.

He noted that all clubs, players, coaches and members of the Ghana Taekwondo Federation would be registered and issued with identity cards.

Richard Akpokavie, General Secretary of the GOC said training of sports administrators and coaches is a priority and very soon other disciplines like Badminton, Volleyball and Handball will benefit from similar technical courses. He also promised that structures in Ghana Sports will also see gradual development.

Stephen Amagashie, spokesperson of the participants and WO1 Joseph Brako, the course prefect who spoke to yours truly after the programme hinted that they have really learnt a lot and thanked the competent instructor Jin Yung Kim for his indomitable spirit, strong heart, and psychological knowledge of the sport which has built them physically, spiritually and morally. They promised not to rest on their oars, but go out to train more winners and champions for Ghana. 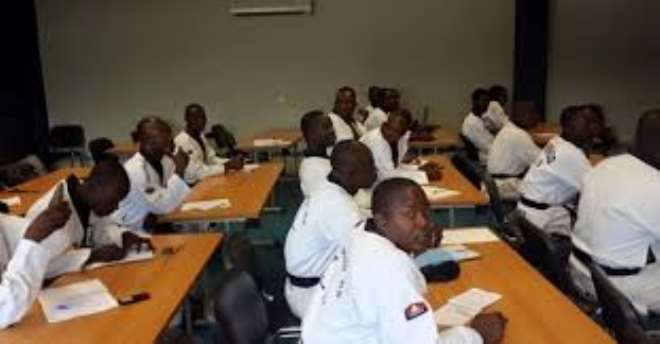 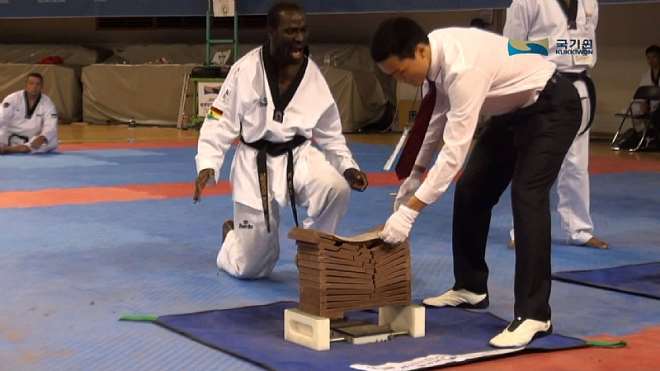 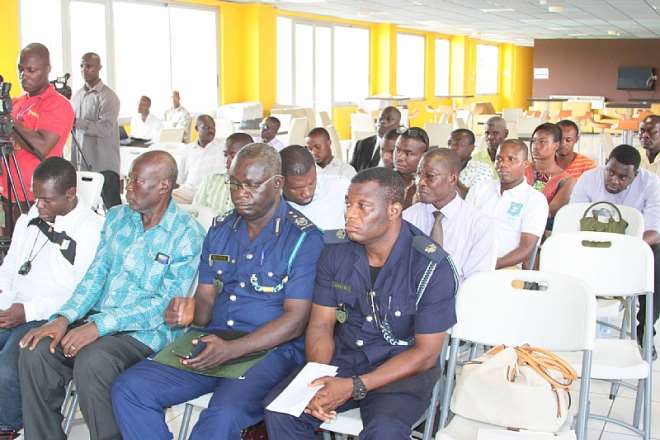 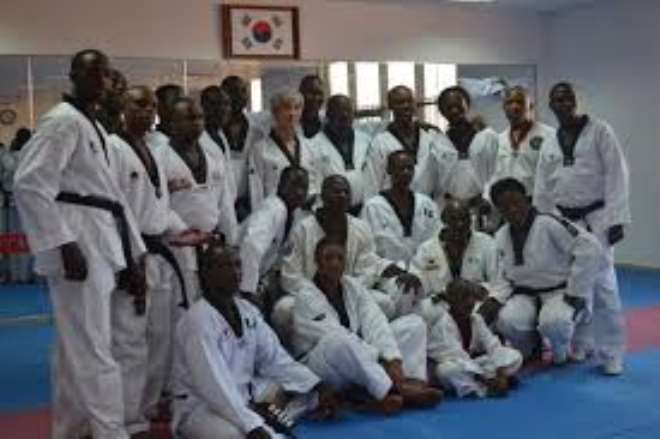