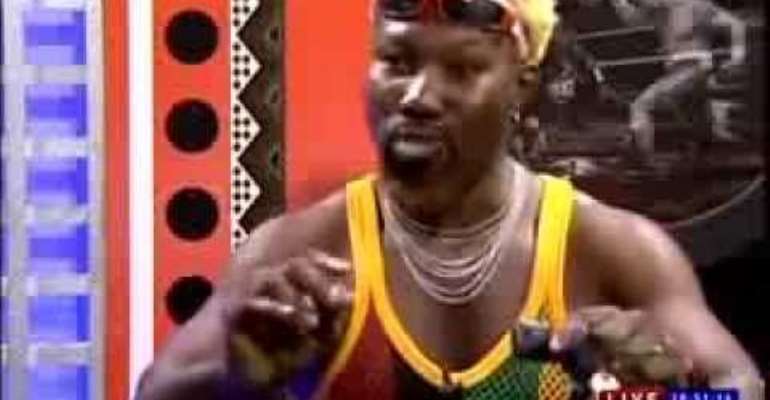 Boxer. Comedian. Official braggadocio. Actor.
And now musician.
Ayitey Powers, the reigning West African Light Heavyweight champion is working on launching an album by the end of this year.

Speaking to Asempa FM, he revealed that he's always loved music - and he even belted a falsetto live on air to demonstrate. His long-time spiritual father, T.B Joshua, will be the focus of one of the songs.

"I decided to do this because I see T.B Joshua as a true man of God."

Ayitey revealed plans to work with his producer on the album, which will mainly speak about the might of God and how powerful God has made T.B Joshua.

Stay winning
Powers, known in real life as Michael Okine, won his latest bout at the weekend in Keta when he finished his opponent in just the first round.

Kwesi Tutu was no match for Powers, who was beaten last year in the hugely successful bout with Braimah 'Bukom Banku' Kamoko, in their contest at the Aborigines Beach Resort in the Volta Region.

Powers had also chalked another rare victory in January when he won the West Africa Boxing Union (WABU) title.

The boxer told Asempa FM that details of the album will be firmed in the coming months.