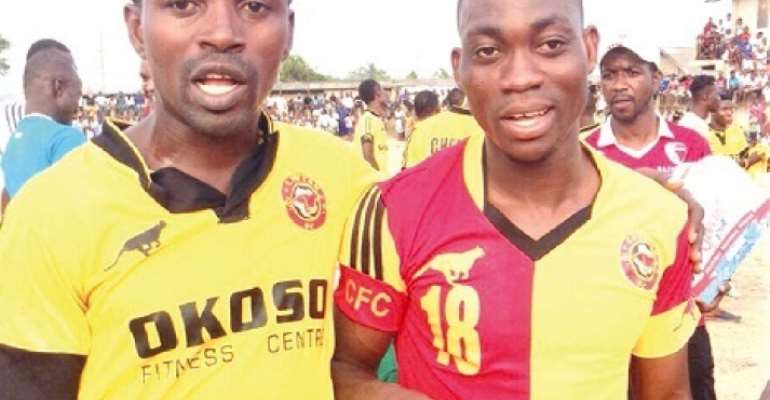 Ghana winger Christian Atsu was joined by two other international teammates Mubarak Wakaso and Afriyie Acquah in his homecoming to Cheetah FC, his former club.

The trio featured in an exhibition match between former and current players of Cheetah FC at Kasoa last Tuesday.

Atsu shot the foreign-based side ahead but the current Cheetah squad fought back to snatch the equaliser in the second half.

Abdul-Hayye Yartey, president of Cheetah FC, revealed after the match that the club also had other budding talents, including Portugal-based Alhassan Wakaso, junior brother of Mubarak Wakaso.

He said, after establishing the club in 2006, he ran into difficulties but found his feet again when Atsu established himself in Porto FC and the Black Stars later on.

“We currently have 13 players playing professional in Europe, including Atsu and Ishak Yartey (a twin brother of Ishmael Yartey),' he told Graphic stated.