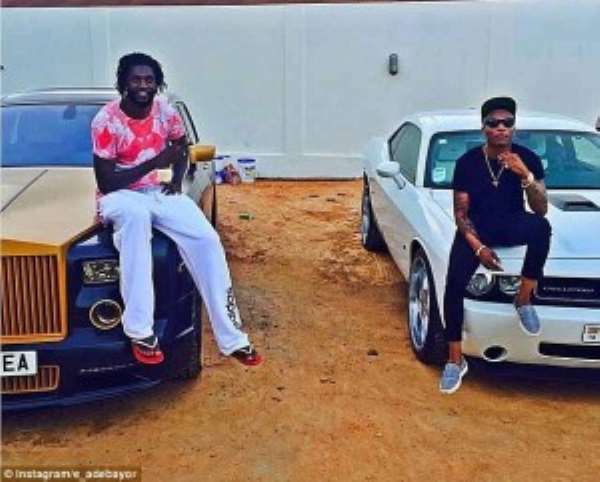 Emmanuel Adebayor posed for Instagram picture with his expensive car

The Togo striker was recently relieved of his captaincy for indiscipline

The Tottenham star then cast a shadow over his international future

Emmanuel Adebayor had a smile back on his face on Wednesday as he posed alongside his personalised Rolls Royce Ghost – which costs at least £250,000 – with Nigerian musician Whizkid.

Last week, Adebayor hit out at Togo manager Tom Saintfiet when he revoked the striker’s captaincy on the morning of their opening Africa Cup of Nations qualifier against Liberia after he reported late for the squad’s match preparations.

The 31-year-old scored an 87th minute winner in the match on Sunday as the Sparrow Hawks emerged 2-1 victors to go joint top behind Group A leaders Tunisia, who have a better goal difference after one game.

Scroll down for video