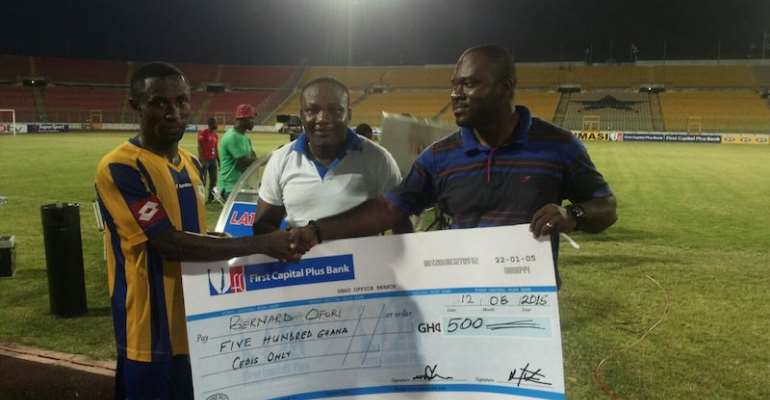 The Premier League Board Judging Panel has named New Edubiase United's Bernard Ofori as First Capital Plus Bank Player of the Month for April.

He was named Man-of-the-Match in two of the three matches played in the Month.

He received his award last Friday when his side beat defending champions Asante Kotoko 2-1 at the Baba Yara Stadium with ten men.

“Even those who lost elections are thanking people, what are...
52 minutes ago

Komenda Sugar factory 'collapsed' under Mahama; if not, why ...
52 minutes ago