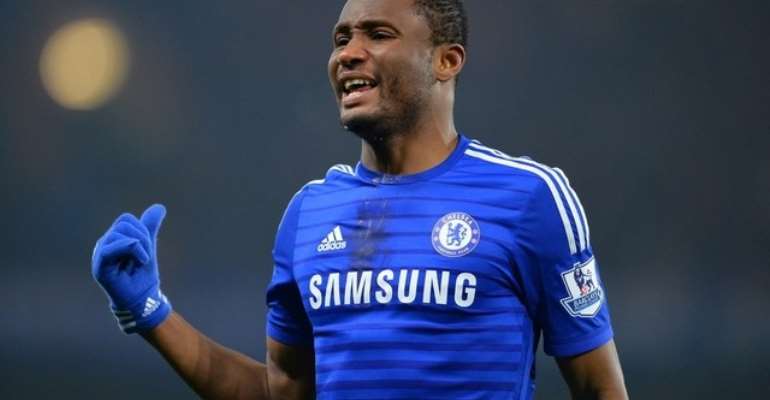 Chelsea midfielder John Obi Mikel looks set for a move to the Arabian Gulf League after his representative confirmed the Nigerian star has agreed personal terms with Al Ain.

The AfricanFootball.com website, who first broke the story about talks between the two sides, now claims 'Mikel was in Dubai to discuss contract terms with Al Ain this past week' and has returned to England to discuss the offer with Chelsea.

'Mikel has agreed personal terms with Al Ain and it is now left for Chelsea and the club to agree on a transfer fee,' Mikel's representative, Babawo Mohammed, told AfricanFootball.com .

'He has returned to England to communicate all this to Chelsea. We just have to wait and see what Chelsea say in this regard.'

Mikel's contract with the English Premier League champions lasts until June 2016, but the 28-year-old Nigeria international has been used sparingly over the past two seasons.

Chelsea manager Jose Mourinho has said he is interested in buying one more midfielder to reinforce the spine of the team, and Mikel is thought to believe his time at Chelsea is up, and he is looking to link up with Asamoah Gyan, the former Sunderland player, at the UAE league champions.

Other clubs have shown an interest in Mikel, with Metro UK reporting Turkish club Fenerbahce have sent their sporting director to London for talks with the player's agent.

Reports in the English media claim Chelsea are looking for an offer in the region of US$12 million (Dh44.1m) for Mikel, who has made 224 appearances for the club in nine years, winning two Premier League titles, four FA Cup titles, two League Cups, one Community Shield, one Uefa Champions League and one Europa League title.