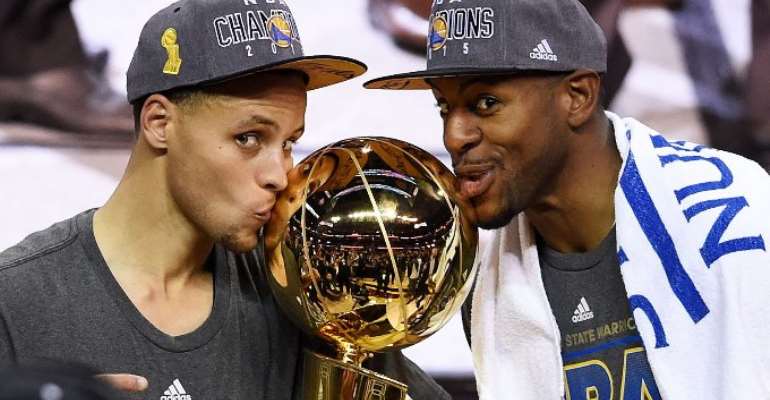 The NBA’s best team fulfilled its promise in Game 6 of the 2015 NBA Finals on Tuesday, making good following a series of preseason risks that would have doomed many similarly talented squads.

The Golden State Warriors won the 2014-15 NBA title with a 105-97 victory in Cleveland behind its typical end-to-end, team play. The conquest came on the heels of a 67-win regular season, with the Warriors compiling a 83-20 record from October until mid-June.

As a reward, he was rightfully handed the NBA Finals MVP award, the first time in NBA history an MVP award was given to a player who didn’t start a single game during the regular season.

LeBron James, who was guarded by Iguodala for most of the contest, finished with 32 points, 18 rebounds and nine assists in the loss. Statistically, he seemed to have help along the way with three other Cavaliers finishing with double-figure points, but for too long James was left on an island as Cleveland struggled to compete with the league’s top-ranked defense.

James did not have his usual spark in the loss. He is allowed to blame fatigue in a wearying season, the fifth in a row to end with a Finals date, and a Finals run that saw him average over 46 minutes per game.