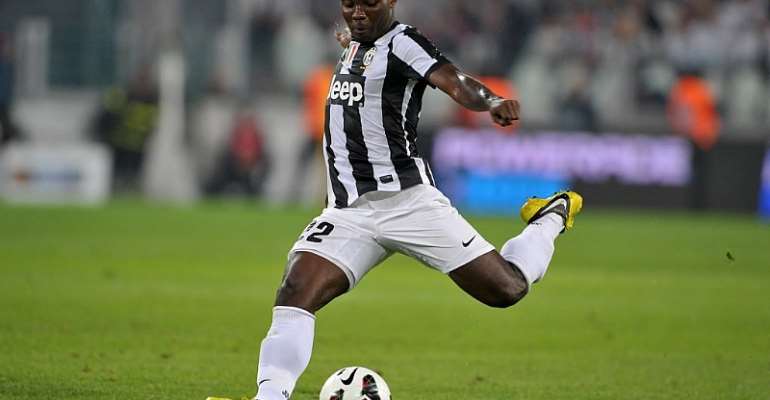 Asamoah, missed out on the second half of season due to a chronic ankle injury picked up against Olympiacos at the group stages of the UEFA Champions league last December.

The 26 year old played his fewest game for the Old Ladies of Italian football since moving from Udinese in 2012 due to the injury.

He was also conspicuously missing for the Black Stars in their run to finish second in Equatorial Guinea.

But despite the prolonged absence from the pitch, Appiah says Kwadwo will pick up from where he left off last season.

'Kwadwo is doing well because it isn't easy to play for a club like Juventus whiles getting regular playing minutes,' Appiah told Accra based Citi FM

'Sometimes players drop to the bench but that doesn't mean that they are bad players.

'Due to the high level of competition there are times when players who are competent enough to be in the starting eleven but have to settle for being on the bench but that doesn't mean they are bad players.

'He is back and he has the character to recover and take back his position.''

Asamoah is back in Ghana for holidays but is expected to rejoin his Juventus colleagues for Pre-season.

What are 'Blue Kiosks' doing at lorry stations if not carele...
31 minutes ago

Asiedu Nketia, Jean Mensa, others to be cross-examined in Te...
31 minutes ago