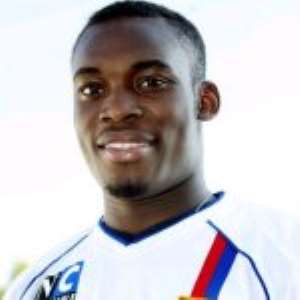 The four players joined the team on Thursday morning to prepare for the crucial game at the Kumasi Sports Stadium on Sunday.

Information gathered by the GNA Sports from the camp of the team reveals that with the exception of Bulgarian based Moses Sakyi who is having his second stint with the national team after an earlier invitation, the four players complete the list of 13 foreign-based players invited for the crucial game.

Sakyi is however expected to join his colleagues by the close of Thursday or latest by Friday Morning as the team puts in its final touches for the game which is very crucial to the course of the nation for the 2006 World Cup scheduled for Germany.

The team is already has in camp the likes of Samuel Osei-Kuffour, Ibrahim Tanko, Mark Edusei, Asamoah Mensah Gyan, Kwadjo Poku, Stephen Appiah, John Mensah and Baffour Gyan together with the locally based players ahead of the match.

Coronavirus: BOST Closed Down As 46 Workers Test Positive
2 hours ago