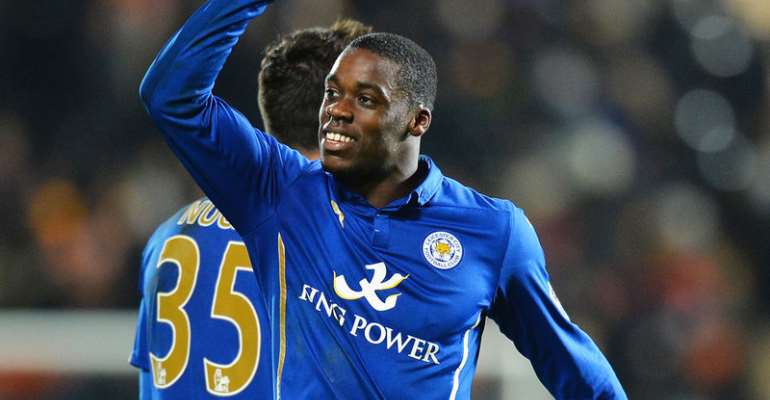 Schlupp, 22, scored the 6th goal for Avram Grant’s side at the Accra Sports Stadium as they consigned the AFCON minnows to a heavy 7-1 thrashing.

The versatile full-back was making his 7th Ghana appearance before home fans and he capped an impressive afternoon with a neat finish from inside of the box.

Leicester who just beat the drop in the English Premier League has expressed joy at Schlupp’s scoring form.

Well done to @Jeffrey_Schlupp on scoring his first international goal for @ghanafaofficial tonight as they beat Mauritius 7-1! ??????