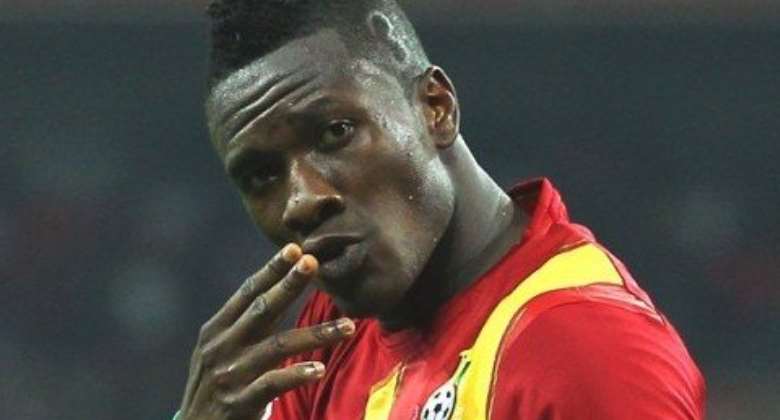 Ghana proved too strong for Mauritius and recorded a comprehensive 7-1 win on Sunday in Accra to go top of their 2017 Group H Africa Cup of Nations qualifying group.

Strikers Asamoah Gyan and Jordan Ayew scored a brace each with Christian Atsu, Jeffrey Schlupp and a stoppage time goal from David Accam contributing to the demolition exercise.

The Black Stars were never troubled and it took them 13 minutes to open the scoring through newly-signed Bournemouth player Atsu who headed home. He finished off a nice build-up deep in the Ghanaian half with a headed goal off the inviting cross of Harrison Afful.

Black Stars captain Asamoah atoned for his earlier mistake by tapping in with only goalkeeper Jean Louis to beat after some great work on the flanks by Jordan Ayew.

Mauritius couldn’t take any more of the gaping humiliation and effected his first substitution after 27 minutes – bringing on Justin Jonathan for Perticots Joseph in a bid to give his sleeping attack the needed bite.

Ghana, however, scored the next goal through Asamoah Gyan, heading in off a free kick to give the hosts a commanding 4-0 lead after just 30 minutes.

Sophie Andy capitalised on a defensive mishap to tap in off a free-kick to pull one back for Mauritius.

But Jordan Ayew returned again to score off a rebound in the penalty box to extend Ghana’s lead to five 10 minutes before recess.

Ghana appeared sluggish off the blocks at the start of the second half with the soggy pitch making passes and ball control difficult.

Jeffery Schlupp grabbed his debut Ghana goal in the 67th minute – finishing off another beautiful build-up.

The Black Stars were simply toying with the Mauritians thereafter, creating chance after chance but sadly lacking the finishing with Asamoah Gyan being the worst culprit.

The Al Ain ace who has been so prolific in his entire international career strangely couldn’t find his target even with a greeting empty net.

Ghana kept carving out opportunities but a combination of misfortune, good goalkeeper and perhaps fatigue saw Ghana fail to add up to their already flattering tally.

But substitute David Accam after several near misses slotted in with just a minute of play left to put a double gloss on a very impressive performance of the Black Stars.