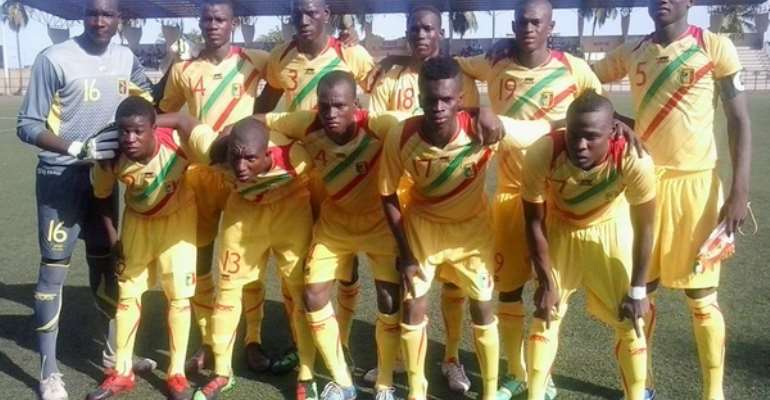 Mali progressed into the semifnals of the FIFA U20 World Cup on Sunday after beating Germany 4-3 in a penalty shoot-out after 120 minutes of footballing action at the Christchurch Stadium in New Zealand ended 1-1.

Germany controlled the early flow of possession, but failed to really create any chances in front of goal.

The European side, though, saw the tide of the match turn a bit in the tenth minute when Marc Stendera had to leave the field injured and was replaced by Jeremy Dudziak.

This allowed Mali to find their feet in the game and they had the first real shot on goal in the 20th minute when a stinging 18-yard effort from Adama Traore was brilliantly saved by the German keeper.

On the half hour mark the German keeper was called into action again, this time producing a good save to deny Mali's Mohamed Diallo from distance.

Two minutes later Germany had their first real effort on goal, but Djigui Diarra was up to the challenge as he made a fine save off a Julian Brandt shot from the edge of the box.

Germany took the lead in the 38th minute when a swift passing move from the Europeans concluded with Brandt turning home a pass from substitute Dudziak, 1-0.

Mali tried to get back into the game before the break, but entered half time trailing by a single goal.

It was a fast paced start to the second half and Germany were afforded the opportunity to double their lead ten minutes after the restart when Diarra pulled down one of their players inside the box and the referee pointed to the penalty spot.

Diarra, though, made up for his mishap with a fantastic penalty save to deny Hany Mukhtar from the spot.

In the 58th minute Mali were able to equalise courtesy of a clinical finish from Souleymane Coulibaly who got on the end of a pass from Youssouf Kone, 1-1.

Extra-time could not separate the two sides either as both teams struggled in front of goal which resulted in the game ending in a stalemate and moving into a dreaded penalty shoot-out.

Germany missed their two final spot kicks as Mali triumphed 4-3 in the shoot-out to move into the semifinals of the competition.