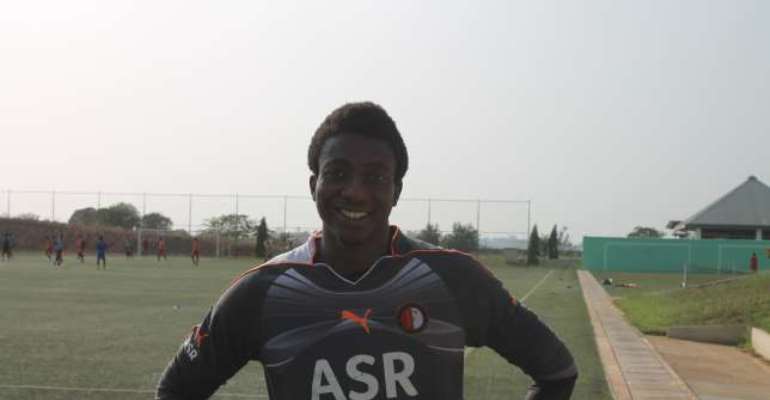 When it looked like International Allies poor away form from the first round of the season to the second of the First Capital Plus Bank Premier League will continue, the Tema-based club came out and exorcised the early season ghost and secured a priceless point in Sogakope.

It was a clash of two clubs with most promising talents in the country, and the game serve spectators their abilties.

West Africa Football Academy took control of proceedings when Inter Allies were dozing, and quickly drew first blood through Zakaria Mumuni, but that was a wake up call for Inter Allies who flew out their blocks and responded greatly after the sloppy start and rightfully leave the shores of Sogakope with a point after Evans Mensah ferocious shot was too powerful for Felix Annan to deal with, with 15 minutes to play.

WAFA succumbed to first day defeat of the second round of the season in Wa last weekend, and John Killa [WAFA coach] knew their second place on the league table was in danger if all points were not collected at Sogakope. He set the team out to fluff Inter Allies play by intercepting their passes and the plan worked to perfection in first half.

The pendulum swung the way of WAFA and they immediately drew the first blood of the afternoon through Zakaria Mumuni after 11 minutes of play.

Inter Allies quickly attacked for a leveller after restart, but Gerard Mensah was on point to curtail the danger allowing Felix Annan to gather with ease. WAFA took control and dictated play once again and Inter Allies became only enzymes in the game.

Bashiru Umar of WAFA was booked for a needless foul on Yamoah after quarter of the hour.

Inter Allies gradually warmed themselves into the game,and created their their best chance of the game after 25 minutes. Niare Benogo picked Issah Yakubu after a marauding run down the right, but the former shot straight to Felix Annan who could not hold on to the ball and had to punch out to safety.

Pressure on the WAFA defence opened created holes for Inter Allies to send defence splitting passes through. One of them almost resulted in the equaliser. Niare Benogo sent Fredrick Boateng one-on-one with Felix Annan, but his shot had no power to go past the goalkeeper.

WAFA remained resolute and well organised, doing well in ball possessing when ever they won possession. Kissi Boateng was brought on the half hour mark to replace Bashiru Umar.

The Eleven is to One flew out their blocks and continued from where they left off before the referee rudely intruded on their new found energy to push the game to the doors of WAFA.

They were duly rewarded with their persistence. Evans Mensah drove a ferocious strike past Felix Annan with quarter of hour to end proceedings.

It was a fully deserved equaliser but WAFA win back their second place to Aduana Stars lost to B.A United.