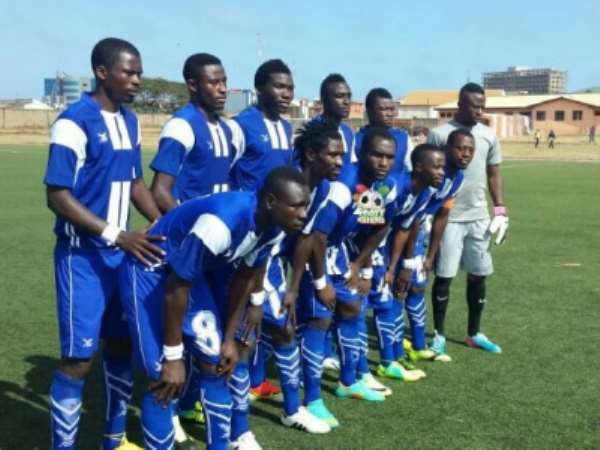 Berekum Chelsea climbed to second spot on the Premier League session after smoothly defeating B/A United 2-0 at the Golden City Park in Berekum on Saturday afternoon.

Latif Salifu sealed the victory for the Blues after the Apostles staged a strong second-half performance to equalise Yaw Owusu’s first-half strike.

The 2009 Ghana U20 winger waltzed his way through the visitors defense and expertly volleyed home a good strike for the home side.

The results turns out bad for United who had their survival chances further slimmed down by the loss.

United have 14 points from 17 games while Chelsea are now second with 26 points though they occupy the spot on better head-to-head advantage against WAFA, Liberty Professionals and Aduana Stars.

“Even those who lost elections are thanking people, what are...
37 minutes ago

Komenda Sugar factory 'collapsed' under Mahama; if not, why ...
37 minutes ago