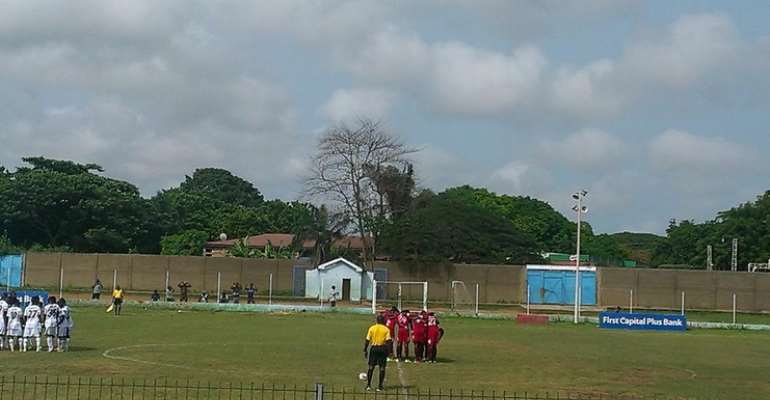 Former Ghana U20 attacker Kennedy Ashia scored all three goals for Liberty Professionals who showed a great spirit to defeat Heart of Lions 3-2 at the Karl Reindorf Park in the Ghana Premier League on Saturday.

Ashia scored scored once in the first-half before ensuring the Scientific Soccer Lads end the game with all three points.

Midfielder Badu Asiamah shot the visitors ahead with a 38th minute effort but Ghana U23 attacker Kennedy Ashia equalised for the host just two minutes after Asiamah’s opener.

But Yussif Abubakar’s men further burdened the home side when Prince Acquah converted a penalty early in the second-half to restore their lead.

Lions had their experienced forward Samuel Yeboah watch the game from the stands alongside Saudi Arabia-based Emmanuel Osae who joined Al-Orubah from Lions.

The visitors, who had split points with their hosts in the reverse fixture in April, did not take enough time to show their intentions as Isaac Quansah and Isaac Twum missed closely.

Liberty could have taken an early lead but Lions keeper Mozart Adjetey pulled a great stop to deny Ebo Mends.

After prospective exchanges upfront the first half hour could not produce any goals until seven minutes from the end of the first department.

Prosper Avor linked well with Twum who laced a neat ball to the path of Asiamah who confidently blasted home for the opener.

Yussif Abubakar punched the air – leading the celebration of his bench but their joy was cut short when Kennedy Ashia cancelled their lead, showing great energy in the attacking third and shooting past Mozart.

Lions’ determined to steal the maximum points from Dansoman saw them take the lead once more when Prince Acquah converted a penalty won early in the second-half.

But there was another penalty coming as Kennedy Ashia expertly scored from the spot in the 51st minute.