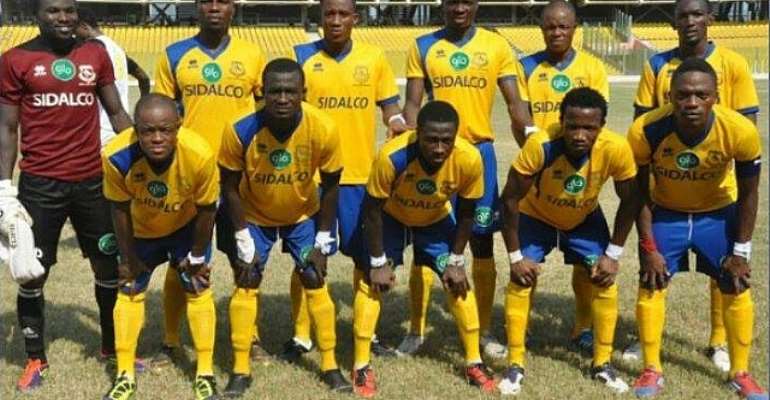 Asante Kotoko will take on New Edubiase United on Friday at the Baba Yara Sports Stadium, Kumasi on match day 17 of the First Capital Plus Premier League.

New Edubiase are 15 on the league league log with 19 points, with Kotoko too not doing so well this season, having amassed 22 points and are lying 9 on the league table.

Kotoko suffered a 3-1 humiliating defeat at Kpando to Heart of Lions, which is their worst result this season and New Edubiase were held to a goalless draw by Gt. Olympics at the Len Clay, Sports Stadium, Obuasi.

Head to head
These two sides have played against each other in 11 league games, with Kotoko having won 3, lost 2 and drawn 1 against New Edubiase.

Kotoko have had 5 league home encounters against the Adansi based side and they have won 2, lost 1, with 2 ending in draws.

The first leg between them at Obuasi  this season ended one all.