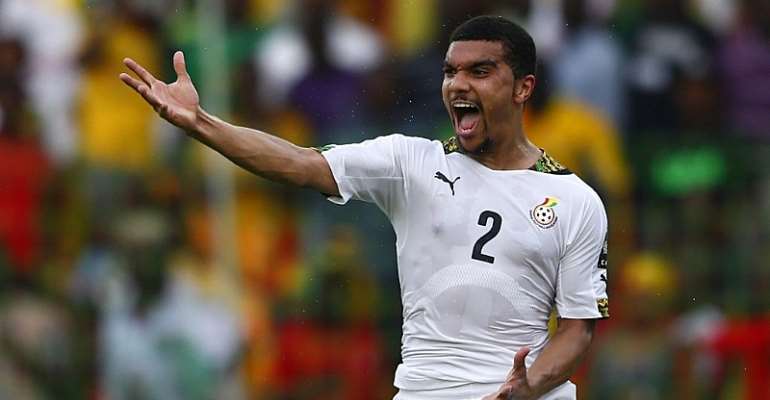 Ghana striker Kwesi Appiah during the Africa cup of nations

By Rahman Osman
Follow on twitter @iamrahmanosman
Ghana striker Kwesi Appiah will be out of action for nine months after suffering a cruciate ligament injury on national duty.

The Crystal Palace striker suffered a cruciate ligament injury in training with the Black Stars which has ruled him out of the 2017 AFCON qualifiers against Mauritius on Sunday.

The 24 year old was a member of Ghana's squad which finished second in the just ended Africa cup of nations in Equatorial Guinea and has been capped 5 times for the Stars scoring once.

Appiah who has since flown back to the UK for treatment will undergo the knife which is expected to keep him out of action for nine months.

This will come as a major blow to the Crystal Palace man who was beginning to calve a niche for himself in the Black Stars.