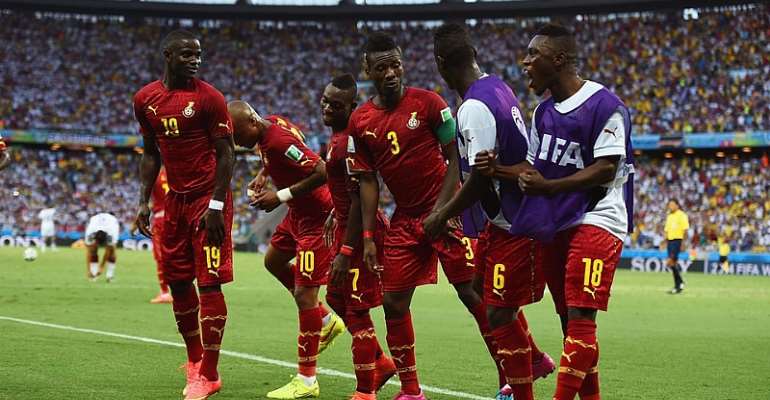 Sports Minister Dr. Mustapha Ibrahim has confirmed Ghana is considering an invitation to play Congo-Brazzaville in an international friendly.

The friendly match is meant to officially open a 60,000 capacity stadium purposely built for the hosting of the 2015 All Africa Games.

The invitation was made through the Sports Ministry and has been referred to the Ghana FA for further deliberation.

Congo-Brazzaville want to host the star-studded Black Stars team in the friendly match in the grand opening of their new stadium.

Ghana's Sports Minister Dr. Mustapha Ahmed revealed a response to the invitation is set to be made soon.

'I held extensive talks with the Sports Minister of Congo-Brazzaville and it was there where he expressed their country's interest to play the Black Stars in a friendly match,' he said.

'They have built a new 60,000 capacity stadium for the hosting of the All Africa Games and they want to use the friendly match against the Black Stars to open it in grand style.

'We have been considering this invitation and will be responding to them officially soon.'

Ghana played a similar friendly with Liberia three years ago.

That game was played Monrovia at the instance of the Liberian government as part of activities to mark their independence anniversary.